The family members of the victims have claimed that the boy has been discharged from the hospital but the grandmother has lost her life. 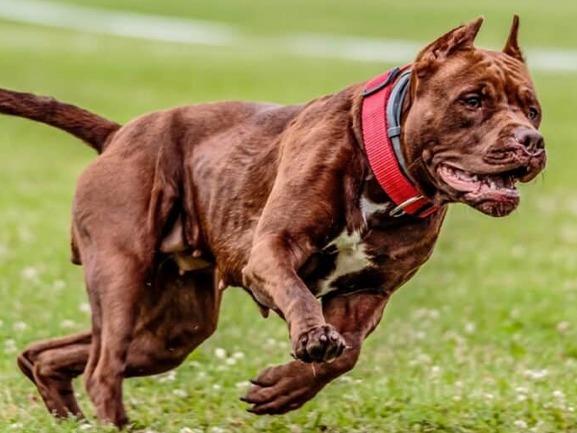 Till now it was just in India that news related to dogs attacking humans was grabbing the headline. The main ones were all related to people being attacked by one of the most ferocious dogs i.e. Pitbull. Now, the news that is surging up shows, that the same thing is being witnessed by the people of another country as well. Gruesome news has been going viral since morning which reveals that an old woman was attacked by a dog which has led to her death as well.

Talking about the whole incident, what exactly happened was that an 89-year-old woman was brutally attacked along with her 12-year-old grandson. Both of them were attacked by two pit bulls at their home in the west of Denver. The shocking thing is that although both the victims were very well acquainted with the dogs, the ferocious dogs did not spare them.

The officers who were present at the scene stated that as soon as they were called to the scene, they saw a woman lying in a pool of blood and two dogs were mauling her. To save the woman, the officers tried to use stun guns but were not able to make succeed till the time some additional officers arrived.

The woman could not do anything, but her grandson escaped the attack and sought shelter at the home of their neighbors. Both the victims were taken to the hospital, the boy had some minor injuries while the grandmother was critically injured.

The family members of the victims have claimed that the boy has been discharged from the hospital but the grandmother has lost her life. The place where this incident took place does not have any specific laws against some of the ferocious breeds of dogs.

All these incidents of ferocious dog breeds point out one thing every country should have some protocols or restrictions for the dogs who are known to be ferocious and can put the lives of people in danger.