A woman of Bijnor, Uttar Pradesh almost lost her senses when her husband brought chopped hand in his bag. 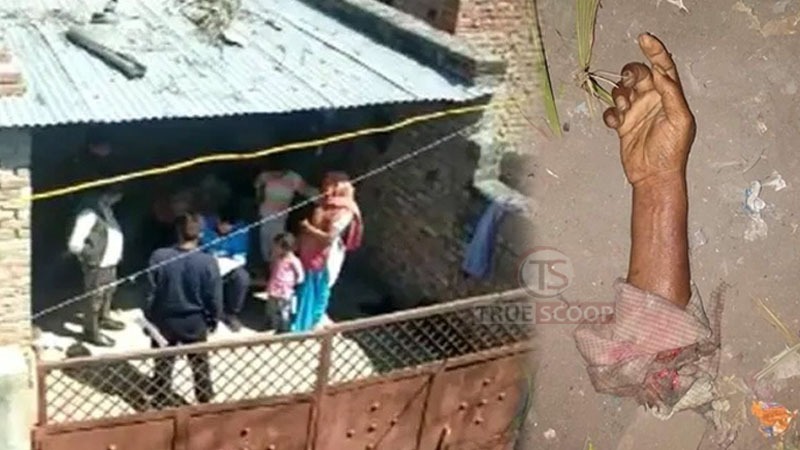 Her husband then instructed her to cook it for dinner. After witnessing the chopped hand the woman lost her consciousness for a while. Later, when she re-gained her wits noticed that her husband was himself preparing it for the dinner.

The woman then yelled and ran away from house after locking her husband inside. Reportedly, the man was drunk and is suffering from mental illness. However, as per the police, the man namely Sanjay is a resident of village Tikkopur and brought the hand from cremation ground.

According to the people of the area, Sanjay had also broken the arm into peices with a sharp weapon.

While investigating the matter, the police came to know that few days back Sanjay also tried to kill his father. Now, the man has been taken into custody and probe is on. SHO RC Sharma informed that human flesh has been recovered from Sanjay's home.

SP Sanjeev Tayagi told that accused Sanjay brought dead hand from nearby Bijnor Ganga Barrage Cermatorium where he was burning the body. The police further claimed that Sanjay is mentally deranged. He had already been to jail for the killing his father. All aspects are being considered for an effective probe. Shortly after the incident came into light, the residents of the area are sensationalised.

Get the latest update about Complaint Filed Against Him, check out more about True Scoop, Wife Loses Conciousness, Top Breaking News & Probe Is On