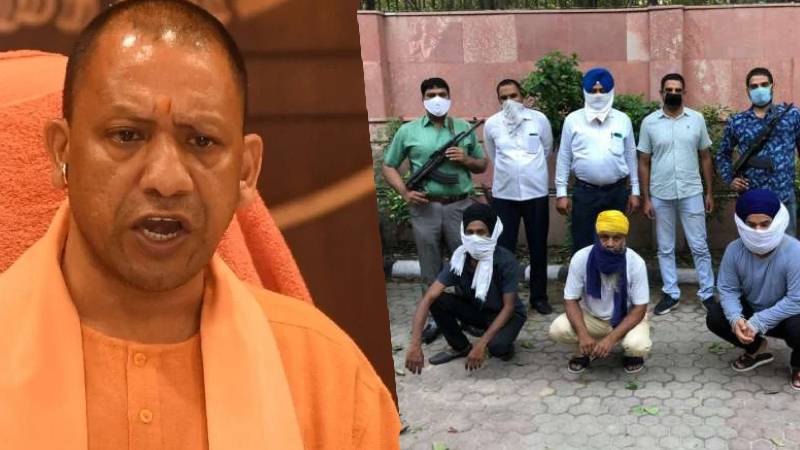 A number of Uttar Pradesh politicians are on the hit list of the Khalistan Liberation Front (KLF). This was revealed by two members of the KLF to a team of UP Anti-Terrorist Squad (ATS).

The interrogation happened on Monday in New Delhi.

According to sources, during interrogation, the KLF members, who were arrested by the special cell of the Delhi police on June 28, told the ATS team that they had set up a training camp in western Uttar Pradesh.

They also admitted to have prepared a list of political leaders of Uttar Pradesh who were on their target.

The KLF members, identified as Gurtej Singh (41) and Lovepreet (21), told the ATS team that they were planning to execute targeted killings in northern states.

The ATS did not mention about UP Chief Minister Yogi Adityanath's name in the hit list, however, going by the speculation he might be at the top of  the list.

The special cell officers said that both of them were close to the Pakistan-based ISI handler Abdullah and Avtar Singh Pannu of the 'Sikhs For Justice', a banned outfit.

"Gurtej was assigned the job of engaging youths in west UP for carrying out subversive activities. He had indoctrinated Lovepreet along with five others," said an officer.

Additional Director General of Police, UP ATS, Dhruva Kant Thakur, meanwhile, confirmed that "Some of the leaders of the state were on their list." However, he refused to divulge further details.