Urdu poet Munawwar Rana shares a video on Instagram, asking PM Modi to save his son

Four people, including two shooters, have already been arrested for allegedly staging the attack on Tabrez. 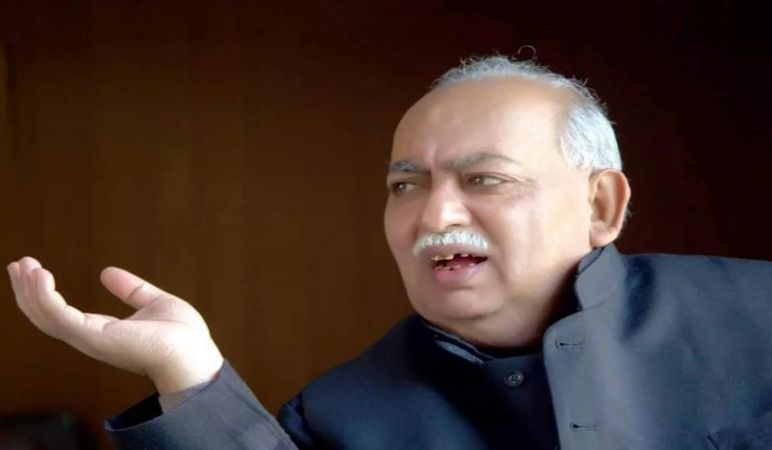 The Rae Bareli police on Wednesday arrested Urdu poet Munawwar Rana’s 28-year-old son Tabrez Rana for allegedly faking an attack on him in June to implicate his uncles following a property dispute. A local court sent him to judicial custody.

Four people, including two shooters, have already been arrested for allegedly staging the attack on Tabrez. “Since after the arrest of four persons in the case, the police were looking for Tabrez. When he went missing, the police moved court, and obtained a warrant against him. On Wednesday, a police team arrested Tabrez from Lucknow,” said Additional Superintendent of Police Vishwajeet Srivastava.

The police officer added, “All five accused named in the case have been arrested.”

According to the police, Tabrez Rana has now been spotted in CCTV footage with his alleged shooters. The Uttar Pradesh police also found several discrepancies in Rana’s claims on scrutinizing the footage from the area on the day of the alleged shooting, police had said.

The court had issued a non-bailable warrant against him. He is now being brought to Rae Bareli with a large police convoy.

Apart from incriminating CCTV footage, interrogation of the four gunmen who were arrested in the first week of July has also led the police to believe that the shootout was staged.

However, Munawwar Rana appealed to Prime Minister Narendra Modi for help through the video. He said, “Modi ji, I am in trouble. That's why I am passing on my point to you. In a poetic style, Munawwar said, “Jannat is falling on my way, but you are needed.”

On the other hand, in the evening, the CJM court of Rae Bareli has granted bail to Tabrez in a surety of 20-20 thousand. He will be released from jail by late evening.