US formally announces onset of Cold War with China 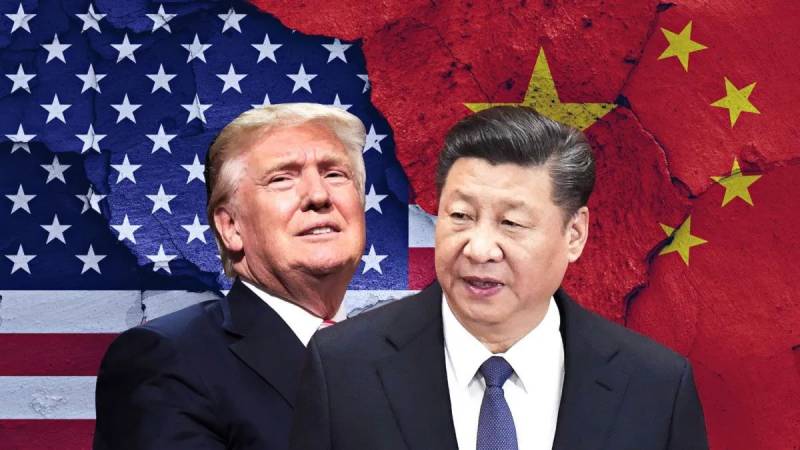 With its new vision document on China, the US has formally announced the onset of its Cold War with the Asian giant, accusing it of exploiting rule-based world order and re-shaping international system in favour of Chinese Communist Party's (CCP) ideology and interests.
Just short of calling it Cold War, the US in its latest report titled, 'United States Strategic Approach to the People's Republic of China', released by the White House, has announced that it is "responding to the CCP's direct challenge by acknowledging that the two major powers are in a "strategic competition and protecting" their "interests appropriately".
Until now, the US policy towards the People's Republic of China (PRC), the report said, was "largely premised on a hope that deepening engagement would spur fundamental economic and political opening" in China and make it a "responsible global stakeholder, with a more open society".
However, after over 40 years, "it has become evident that this approach underestimated the will of the CCP to constrain the scope of economic and political reform".
Over the past two decades, reforms have slowed, stalled, or reversed, the report said.
"The PRC's rapid economic development and increased engagement with the world did not lead to convergence with the citizen-centric, free and open order as the US had hoped. The CCP has chosen instead to exploit the free and open rules-based order and attempt to reshape the international system in its favour."
Beijing openly acknowledges that it seeks to transform the international order to align with CCP interests and ideology, the US said. "The CCP's expanding use of economic, political, and military power to compel acquiescence from nation-states harms vital American interests and undermines the sovereignty and dignity of countries and individuals around the world."
The White House pointed out that Beijing in its neighbourhood engages "in the provocative and coercive military and paramilitary activities in the Yellow Sea, the East and South China Seas, the Taiwan Strait, and Sino-Indian border areas".
Just a day ago, US diplomat and acting assistant secretary of state for South and Central Asian Affairs, Alice Wells had called out the CCP regime for ratcheting up tensions with India along its borders. Chinese soldiers in the last few months have engaged in several violent faceoffs with Indian soldiers in Arunachal Pradesh, Sikkim and Ladakh over boundary issues.
Also Read: US will not shut down in case of 2nd coronavirus wave: President Trump
Announcing its approach, the US report said that it is "working in concert with mutually aligned partners"Southeast Asian nations, Japan, India, Australia, Republic of Korea and Taiwan on their outlook on the free, open and secure Indo-Pacific region".
Guided by a return to principled realism, the report said that given the strategic choices China's leadership is making, "the United States now acknowledges and accepts the relationship with the PRC as the CCP has always framed it internally: one of great power competition".
The White House made it clear that it is not interested in effecting any change in China's domestic governance model but at the same time said that it won't make "concessions to the CCP's narratives of exceptionalism and victimhood".
The US policies, the report said, are designed to protect its interests and empower its institutions to withstand the CCP's malign behaviour and collateral damage from the PRC's internal governance problems.
Accusing the CCP of running propaganda and false narratives, the White House declared that it will continue to challenge Beijing's attempts at false equivalency between rule-of-law and rule- by-law; counterterrorism and oppression; representative governance and autocracy; and market-based competition and state-directed mercantilism.
The US will not accommodate Beijing's actions that weaken a free, open, and rules-based international order, the report said, adding that it will continue to refute the CCP's narrative that the US is in a strategic retreat.
Using the Cold War terminology, the White House announced that it will work with its robust network of allies and like-minded partners to resist attacks on shared norms and values, within their own governance institutions, around the world, and in international organizations.
The US government said it does not cater to CCP's demands to create a proper "atmosphere" or "conditions" for dialogue because it sees no value in engaging with Beijing for symbolism and pageantry.
"We instead demand tangible results and constructive outcomes. We acknowledge and respond in kind to Beijing's transactional approach with timely incentives and costs, or credible threats thereof. When quiet diplomacy proves futile, the United States will increase public pressure on the PRC government and take action to protect United States interests by leveraging proportional costs when necessary," the report said.
Coronavirus Pandemic US China US Formally Announces Onset of Cold War Official Report White House US To Work With Like Minded Allies Top International News English News True Scoop