US kills Iran's most powerful general Qassem Soleimani in an airstrike

On Friday morning, US Armed Forces carried out an airstrike in Baghdad to kill Qasem Soleimani, Commander of the Quds Force of Iran's Revolutionary Guard Corps, on the commands of US President Donald Trump, said the Department of Defense. 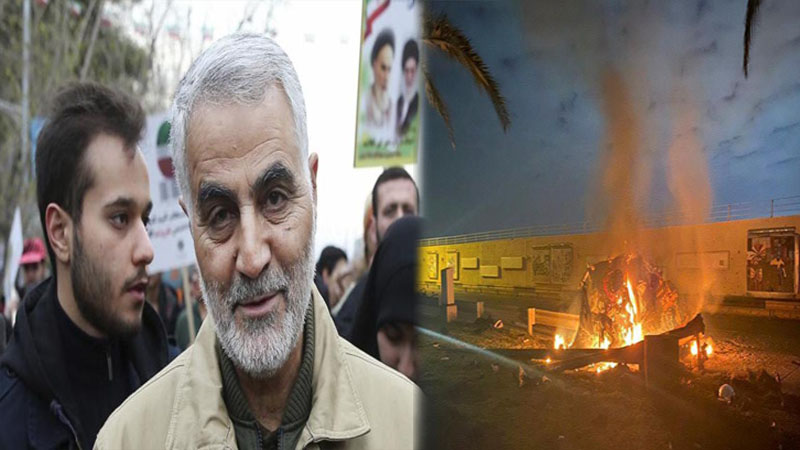 The Defense Department said, "Soleimani was actively planning to attack American diplomats and other service members in Iran and throughout the region." Soleimani was also accused of approving attacks on the US Embassy in Baghdad earlier this week.

In the strike, Abu Mahdi al-Muhandis, Iraqi-Irani deputy military commander who headed Popular Mobilisation Forces(PMF) was also killed. They two were killed in an American Airstrike which targeted their vehicle on road to the airport, said PMF arm media. President Trump sent the American flag as a tweet, who is now on a vacation in his estate Palm Beach, Florida.

A security official confirmed that seven people were killed in an attack which was an airstrike. Iraq's Security Media Cell has released a piece of information saying, Katyusha rockets landed near the airport's cargo hall which set ablaze two cars and killed several people. At the time of the strike, it was vague that who fired the missile and at whom. The US did not comment spontaneously after the attack

The death of the two main leaders of  Iran has built up tension among the nations- America and Iran, signifying the changes in the American policy towards Iran. The root cause of tensions can be traced back to Trump's decision to withdraw the US from Iran's nuclear deal with world powers in May 2018.

Get the latest update about Iran, check out more about us, Qassem Soleimani, tension & Baghdad