While facing charges of ganja possession, US Man lits ganga in court. Arrested

Twenty years old Spencer Boston from Tennessee lighted a marijuana (ganja) cigarette in a courtroom in front of the judge. 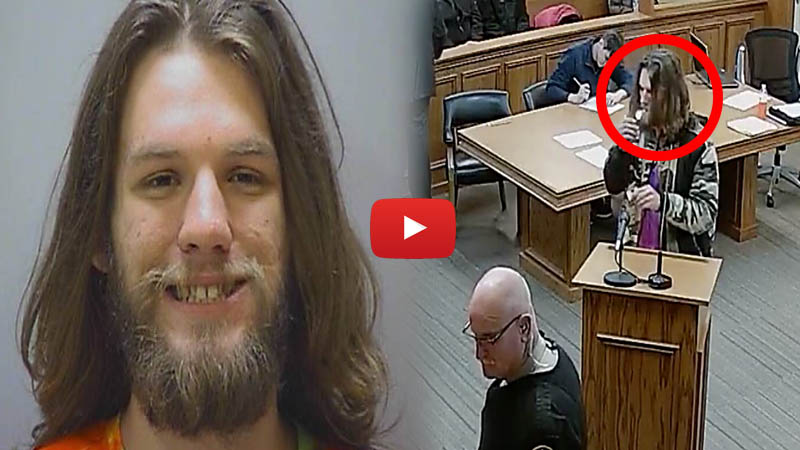 In many of the bizarre news, one news that has made most of the readers and viewers laugh is an incident happened in Tennessee. Twenty years old Spencer Boston from Tennessee lighted a marijuana (ganja) cigarette in a courtroom in front of the judge.

Spencer was present in front of a judge facing weed possession charges on Monday in Wilson County, Tennessee.

As per Lt. Scott Moore from the Wilson County Sheriff's Department, Spencer stood in front of Judge Haywood Barry, he started talking about why weed should be legalised. But things took a turn when he reached into his pocket while still talking and took out a marijuana cigarette and lit it.

As per Moore, Boston was charged with possession of marijuana and disorderly conduct. Spencer will be serving 10 days in jail.

Get the latest update about Viral Video of Man Smoking Weed In Court, check out more about Spencer Boston, US Man Lits Weed In Courtroom, International News & English News