The US Securities and Exchange Commission (SEC) has filed insider trading charges against several Indian-Americans in connection with three separate schemes that together yielded more than $6.8 million in illicit gains. 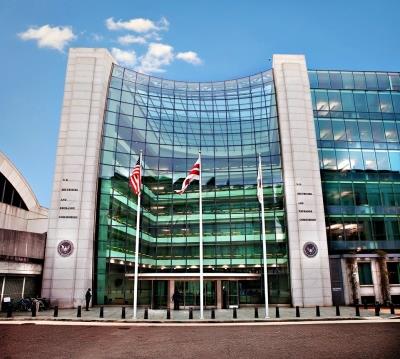 The US Securities and Exchange Commission (SEC) has filed insider trading charges against several Indian-Americans in connection with three separate schemes that together yielded more than $6.8 million in illicit gains. The SEC alleged that Amit Bhardwaj, the former chief information security officer (CISO) of Lumentum Holdings, along with his friends, Dhirenkumar Patel, Srinivasa Kakkera, Abbas Saeedi, and Ramesh Chitor, traded ahead of two corporate acquisition announcements by Lumentum, thereby generating more than $5.2 million in illicit profits.In addition, the SEC's complaint sought disgorgement of illicit profits with prejudgment interest from relief defendants Gauri Salwan, the Kakkera Family Trust, All US Tacos Inc, and Janya Saeedi.In another action, the SEC alleged insider trading by investment banker Brijesh Goel and his friend Akshay Niranjan, who was a foreign exchange trader at a large financial institution.Late Monday night, the SEC said in a statement that the two men, close friends from business school, made more than $275,000 from illegally trading ahead of four acquisition announcements in 2017 that Goel learned about through his employment."If everyday investors think that the market is rigged at their expense in favour of insiders who abuse their positions, they are not going to invest their hard earned money in the markets," said Gurbir S. Grewal, Director of the SEC's Enforcement Division.The SEC's complaints charge all nine defendants with violating the antifraud provisions of the securities laws and seek permanent injunctive relief, disgorgement with prejudgment interest, and civil penalties.At Lumentum, Bhardwaj learned material nonpublic information (MNPI) about the company's plans to first acquire Coherent, Inc. and later acquire NeoPhotonics Corporation.Based on this inside information, Bhardwaj allegedly purchased Coherent securities ahead of the January 2021 announcement of Lumentum's agreement to acquire Coherent and tipped his friend Patel, with the understanding that Patel would later share some of his ill-gotten gains.During October 2021, Bhardwaj shared the inside information about Lumentum's planned acquisition of NeoPhotonics with his friends Kakkera, Saeedi, and Chitor, who then amassed large positions of NeoPhotonics based on Bhardwaj's tips."After the November 2021 announcement of the NeoPhotonics acquisition, Chitor indirectly transferred funds to Bhardwaj's relative in India, as instructed by Bhardwaj," said the SEC.
Source IANS