Amidst USA's bizarre 'Soil your undies' challenge for farmers; #Underwear top trend in India, Here's why

Farmers in Delaware are burying their underpants to test soil health under the ongoing bizarre but viral 'soil your undies' challenge. 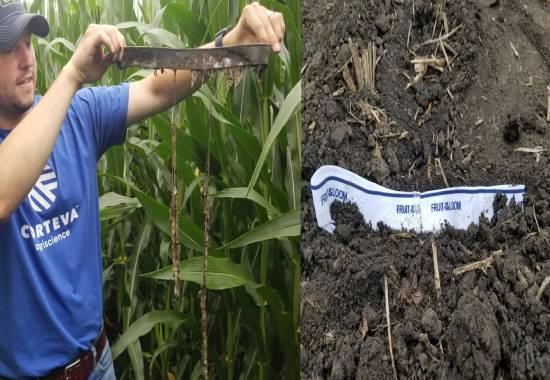 In the age of citizen journalism and sharing almost everything on social media, people around the world follow Twitter trends in order to keep themselves updated and post their own thoughts on any issues. However, sometimes strange topics also start trending on Twitter. Similarly, #Underwear started trending in India for no reason and also became a top trend. Twitter underwear trending comes at a time when a bizarre yet helpful 'Soil your undies' has been breaking the internet in the United States of America (USA).
USA 'Soul your undies' challenge for farmers
As per NowThis report, farmers in Delaware are burying their underpants to test soil health under the ongoing bizarre but viral 'soil your undies' challenge. It is yet unusual and bizarre to say that dirty underwear is useful. Yes, you read it right. Farmers of the USA are using their underwear to test the Soil's health or Soil quality by burying it inside the ground. Farmers and agriculture officials in Delaware are using underwear to track soil health.
For the unversed, Soil Your Undies is a bizarre yet handy way to test soil biological health. Under Soil Your Undies, farmers bury the underwear in the soil and check back 60 days later – if nothing is left but the elastic band, the soil is healthy.
What is Soil Your Undies and how does it help in testing Soil's health?
As per reports, Soil your Undies campaign is developed by the Innovative Farmers Association of Ontario and spread nationwide by the Soil Conservation Council of Canada. In this, 100 percent cotton underwear is buried in different kinds of soil and dug out after a span of 60 days in order to compare decomposition rates.
Also Read: Viral Video: Massive fight breaks out between 2 families at Florida's Disney World
Science says a teaspoon of healthy soil contains more microbes than there are people on the planet. These microorganisms play a vital role in developing oil structure, making nutrients available for plant uptake, and decomposing plant residues.