Khan, his son and his wife Tazeen Fatma were lodged in jail in February last year in connection with various cases. 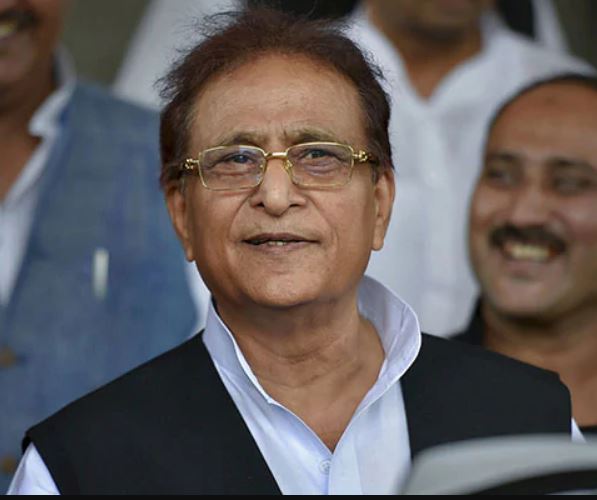 Azam Khan, who was the ex-minister of Uttar Pradesh, was the urban development minister in the Party headed by Akhilesh Yadav and it was reported that during his presence, no rules were followed in the recruitments in Uttar Pradesh.

On Friday, a special CBI court in UP’s Lucknow called upon the former minister when they were considering the offenses mentioned in a charge sheet in connection with the recruitment scam which occurred under the presence of the previous Samajwadi Party government in the Jal Nigam (Water Department) of the state.

Azam Khan is currently in Sitapur jail in another case. So, the CBI judge directed the jail superintendent to make sure that he should be present via video conference on Monday. The court has also called other people involved in the case. They are Girish Chandra Srivastava, Neeraj Malik, Vishwajeet Singh, Ajai Yadav, Santosh Rastogi, and Kuldeep Negi.

On 25th April 2018, a case was registered by the inspector Atal Bihari in the SIT police station after the special investigation team (SIT) enquired about the case which had filed the charge sheet.

Azam Khan and his son were tested positive on April 30 and were admitted to the hospital from the jail on May 9, they were discharged from the hospital after recovering and were taken back to jail on July 13.

Khan, his son, and his wife Tazeen Fatma were lodged in jail in February last year in connection with various cases. In December, The Allahabad High Court granted bail to the latter in all 34 cases, which were registered against her.