Uttarakhand Accident: 9 tourists from Patiala dead as the car swept away in Dhela River 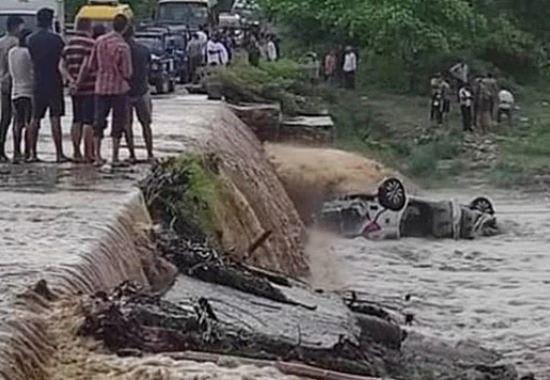 Nine tourists from Patiala in Punjab lost their lives after the car fell into the Dhela River in Uttarakhand’s Ramnagar and was washed by its vigorous current, police said.
The incident took place at around 5.45 in the morning when the tourists, all from Patiala were on their way back home. Police informed further, that the bodies of four people have been recovered from the site, whereas the other 5 are still trapped in the car as the rescue operation continues.
One among them identified as 22-year-old Nazia was rescued from the site after the accident. She is being looked after now at a hospital in Ramnagar.