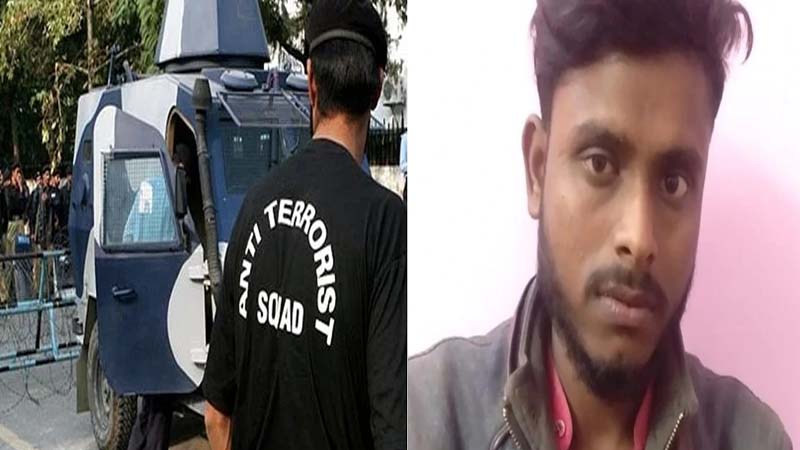 Uttar Pradesh Anti-Terror Squad (ATS) on January 19, 2020 arrested Mohd Rashid, an alleged ISI agent, who was working in Varanasi and was passing on information to his handlers in Pakistan since March 2019.

A joint team of military intelligence and UP ATS was formed to identify the suspect on the ground and arrest him.

After weeks of reconnaissance, physical surveillance and questioning of preliminary suspects it emerged that Mohd Rashid was the man who was passing on information to Pakistan. He was called for questioning on January 16.

After interrogation and examination of a mobile device, his involvement with the Pakistani intelligence agency was evident. He was arrested on January 19.

Mohd Rashid (23) was staying with his maternal grandfather and uncle in Chandauli, in Varanasi district of UP as his parents Mohd and Shehzadi Begum got divorced and remarried. With education till Class 8, he had worked at a tailoring unit and medicine store in Varanasi. Later he started fixing flex signboards for a living.

Rashid has relatives in Karachi and had visited them twice in 2017 and 2018-19 to attend some marriage functions. Earlier he used to stay with his aunt Hasina, her husband Shagir Ahmed and their son Shajeb in Orangi Town in Karachi. He reportedly fell in love with one of his cousin during his Karachi visit.

During his second visit, Shajeb introduced him to two ISI/Pakistani military intelligence personnel who introduced themselves as Ashim and Amad.

The two engaged with Mohd Rashid and tasked him to provide Indian phone numbers for their use on WhatsApp and photos/videos/information on the movement and deployment of Army units.

He was also tasked to send similar information on sensitive places and protests and rallies in India. They promised him money and assured to help him marry his cousin in Karachi. Mohd Rashid agreed to work for them and continued to remain in frequent communication with his handlers even after multiple warnings from his uncle and aunt in Karachi.

On return, Mohd Rashid provided a One Time Password (OTP) of two Indian mobile numbers to Ashim and Amad, enabling them to create two WhatsApp accounts on Indian numbers. These WhatsApp accounts were later used by the Pakistani agencies to trap Indian defence personnel.

He also sent videos and photos of recent protests at Banaras Hindu University (BHU) and anti-CAA/NRC protests in Lucknow on being asked by his Pakistani handlers. The last known communication of Mohd Rashid with his handlers was on January 13.

He received a gift packet containing a T-shirt in Pakistan's nation colours (green and white) in the month of May 2019 and a payment of Rs 5,000 in July 2019 from Pakistani intelligence operatives Ashim and Amad.

Apart from these two men, he had also spoken to their boss once in October-November 2019, who asked him to acquire a shop near an Army installation in Jodhpur to monitor Army movements. He was assured a sum of Rs 1,00,000 and monthly rental of Rs 10,000-15,000 for the job.

The suspect has now been booked under Section 123 (concealing with intent to facilitate design to wage war) of Indian Penal Code (IPC) and is being produced before court.