After finishing his service, he stayed in Greenwich Village with his sister, where he discovered his interest in the underground film. 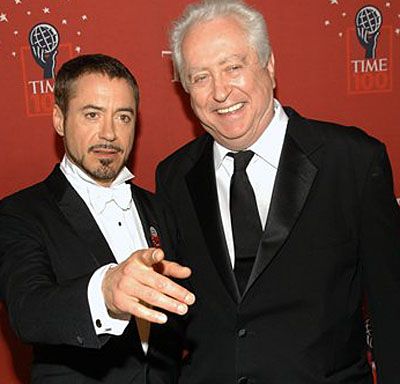 At the age of 85, father of the Hollywood actor Robert Downey died while sleeping, at his home in New York.

The ‘Iron-Man’ wrote on his Instagram post on Tuesday, in which he disclosed that his father had Parkinson’s disease for more than 5 years.

"He was a true maverick filmmaker and remained remarkably optimistic throughout. According to my stepmom's calculations, they were happily married for just over 2000 years," is what the caption of his post reads.

The filmmaker, Robert Elias Jr was born on June 24, 1936 in New York City and later changed his name in the honor of his stepfather James Downey.

As a teenager, he joined the US Army and used his stepfather Jim Downey’s surname and lied about his age to get enlisted as an underage teenager.

Downey claimed that most of his time was spent in the stockade and he used it to write a novel.

In semi-pro baseball, he pitched and tried playwriting. He never owned a college degree or attended any film school. He just experimented by picking up a camera and started making films.

After finishing his service, he stayed in Greenwich Village with his sister, where he discovered his interest in the underground film.

The first step which he took while beginning his career was with a short movie which he directed and wrote on his own in 1961 known as Ball's Bluff.

Adding on to his film career he then released the movie with offbeat Indies like Babo 73 in 1964, Chafed Elbows in 1966 and No More Excuses in 1968.

But all these efforts lead him nowhere, but the movie Putney Swope in 1969 brought him recognition. The movie was set in the world of advertisement. It starred Arnold Johnson as a Black advertising executive who set up his firm after winning a board election that no one expected him to win.

This film received so much fame because of the matter raised in the movie of race in Hollywood movies, the white power structure, and the nature of corporate corruption.

He also worked with actor Allan Arbus in the movie acid western Greaser’s Palace in 1972. Some of His other achievements included 1973’s TV film Sticks and Bones, Up the Academy in 1980, and episodes of TV series, including The Twilight Zone reboot.

To Live and Die in L.A. and Magnolia are some of the movies in which the filmmaker appeared as an actor too.

He married thrice, first with actor Elsie Anne Downey, then they gave birth to two children and got divorced later on. His second wife who was actor Laura Ernst died. After which he married the best-selling author, Rosemary Rogers.