Vicky Kaushal praises his wife Katrina Kaif "A lucky charm" for him, says 'She is a great influencer'

Vicky Kaushal and Katrina Kaif are the power couple in the Bollywood industry. Both of them always kept their relationship hidden from the eyes of the world till their marriage. 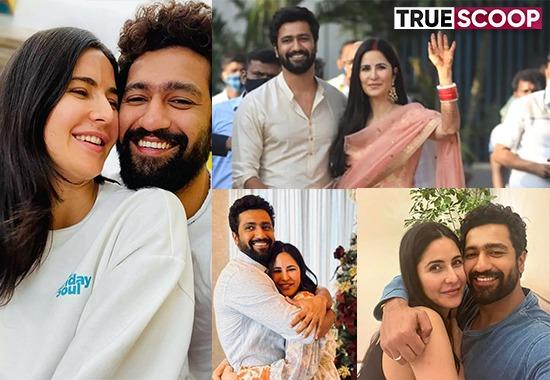 Vicky Kaushal and Katrina Kaif are the power couple in the Bollywood industry. Both of them always kept their relationship hidden from the eyes of the world till their marriage.
Last year, Katrina and Vicky started their married life by taking seven rounds. Both keep expressing their love for each other through social media. But now Vicky Kaushal has talked about his wife Katrina Kaif for the first time. The actor has said that he is learning a lot from his wife.
Vicky Kaushal recently gave an interview, in which he spoke openly about his personal life. During this, the actor also called himself lucky. Vicky Kaushal said, 'Katrina has a great influence in every aspect of my life. I am very fortunate to have found a life partner like her as she is an extremely intelligent and kind person. I learn a lot from her every day.
Recently, Katrina Kaif shared a beautiful picture of her childhood on social media, on which the Vicky Kaushal also commented immediately and expressed love for Katrina. In this picture, Katrina was seen enjoying nature. In the comment on this picture, Vicky Kaushal shared a heart emotion. This style of Vicky was very much liked by the fans, due to which the fans praised the couple very much.
Also Read: Katrina Kaif drops a 'bomb' in a stunning 'blue bikini' pose, beats' Summer heat'; Fans react 'Aweee'
Talking about Vicky Kaushal's work front, the actor has recently wrapped up the shooting schedule of his untitled film. Anand Tiwari is directing this film. Apart from this, he will be seen in films like Meghna Gulzar's 'Sam Bahadur', 'Mera Naam Govinda', 'The Immortal Ashwatthama', 'Mr Le Le', 'Jee Le Zara'. At the same time, Katrina Kaif started shooting for her upcoming film 'Merry Christmas'.