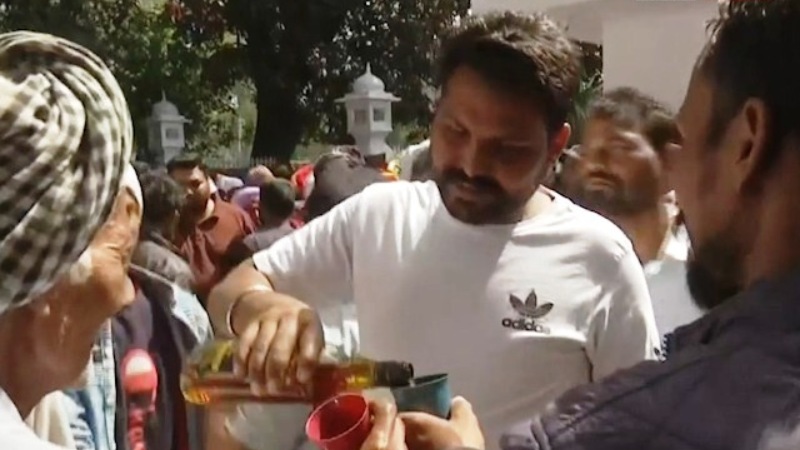 Hundreds of devotees today gathered at Baba Rode Shah's shrine in Bhoma village in Amritsar district to attend the two-day annual fair. In fact, a video is going viral in this regard, in which it is seen that liquor is being distributed as Prasad on this occasion.

In the viral video it is seen that on this occasion many devotees are offering liquor to each other as prasad. Meanwhile, there is footage of women dancing outside the Dargah.

Baba Rode Shah is said to have belonged to Dhawan village in Gurdaspur district and left his family and settled in Bhoma village. Rodeo Shah, according to legends, had mystical powers.

Now a fair is held on his mausoleum in Bhoma village of Amritsar for two days a year and thousands of devotees gather at this place and pay homage to him.

Get the latest update about India, check out more about Baba Rode Shah, Shrine, Bhoma & Amritsar