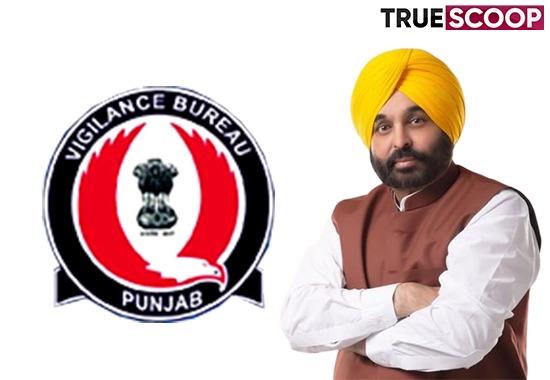 Vigilance Bureau on Thursday nabbed Ms Suwarsha, Junior Engineer, Mahatma Gandhi National Rural Employment Guarantee Act (MGNREGA), posted at BDPO office Jalalabad, Fazilka district red handed accepting bribe of Rs.25,000.
The  accused Junior Engineer (JE) MGNREGA has been arrested on the complaint of Sukhjinder Singh of village Chak Rorawali (Tambuwala) in Jalalabad.
The complainant has lodged a complaint in the VB and alleged that he along with others have planted a jungle (plants) on the Panchayat land under  the Miyawaki technique in his village Chak Rorawali .
(Miyawaki is a technique pioneered by Japanese botanist Akira Miyawaki, that helps build dense, native forests The approach is supposed to ensure that plant growth is 10 times faster and the resulting plantation is 30 times denser than usual ) and the JE Ms Suwarsha was demanding Rs 50,000 as bribe to put up his case for payment after the measurement of land. The complainant further informed that the deal was struck at Rs 45,000 to be handed over in two installments to the JE.
After verification of the facts made in the complaint, a VB team caught JE Ms Suwarsha red handed while accepting bribe of Rs. 25,000 from the complainant as a first installment in the presence of two official witnesses. In this regard a case FIR  No. 13 dated 04.08.2022 u/s 7, Prevention of Corruption Act has been registered at VB police station Ferozepur and further investigation is under progress.