Case registered against three contractors, Role of other tenderers, government officials under investigation 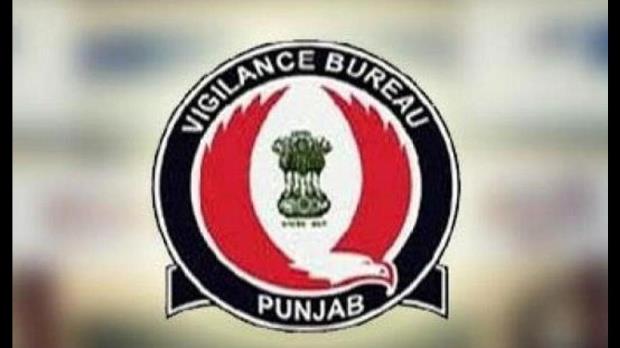 The Punjab Vigilance Bureau (VB) has unearthed another scam regarding fraud in labour cartage, transport tenders and works in grain markets by the contractors in conniving with concerned officers/employees of in Shaheed Bhagat Singh (SBS) Nagar. In this regard a case has been registered against three contractors besides government officers/employees on Friday at the VB Police Station Jalandhar, for committing fraud and embezzlement causing huge loss to the State exchequer. The role of other tenderers and government officials/employees of the district will be probed during the investigation of the case as alleged in the complaint in this regard.

Disclosing this here today, the spokesperson of the VB said the bureau after investigating this fraud case in labour and transportation tenders and works in the grain markets of SBB Nagar, has registered a case No: 18 on 22-09-2022 against the accused contractors Telu Ram, Yashpal and Ajaypal of village Udhanwal, Tehsil Balachore under section 420, 409, 467, 468, 471, 120-B and section 7, 8, 12, 13 (2) of the Prevention of Corruption Act at Police Station VB, Jalandhar.

During the probe It was also come to light that Telu Ram, Yashpal and Ajaypal, the accused in the above case, have purchased many properties in the name of themselves and their families by committing such scams, which would be thoroughly investigated during the investigation. It is also worth mentioning that the above accused contractor Telu Ram is already in jail due to his arrest in a similar case registered by VB Ludhiana. The Bureau is conducting raids by forming teams to arrest the remaining two accused, Yashpal and Ajaypal, who would be arrested soon and many more important clues are likely to be found after their arrest.

Later, the tenders called for the year 2022-23, Honey Kumar again submitted tenders at basic rate for labor work in Rahon cluster and Nawanshahr cluster from his above said societies, but the district tender allocation committee rejected his bid and gave labour tender to contractor Ajaypal at 73 percent more for the works in Nawanshahr cluster and 72 percent more in the Rahon cluster, he added.

The spokesperson further said the contractors Telu Ram and Yashpal at the time of filling the tenders for the year 2020-21 and contractor Ajaypal during the year 2020-21 and 2022-23 has attached online lists regarding the registration numbers vehicles for transportation of goods which were verified by the respective district transport authorities. It was come to light that in these lists large number of vehicles such as scooters, motorcycles, cars, pickups, tractor trailers, close body trucks, LPG tankers and harvesters etc. were mentioned whereas the food grains could not be transported on such vehicles.

During the probe it has been established that along with the registration numbers of fake vehicles mentioned in the gate passes, the details of the quantity of food grains are prima facie a case of fake reporting and embezzlement shown in these gate passes. He said the concerned officials/employees of the department had also paid to the said contractors for the work done without verifying these fake gate passes.

He further revealed that apart from this, on checking the photocopies of Aadhaar cards of the labour provided by the said contractors during the tender process, it was found that many of these Aadhaar cards belong to minor workers, many Aadhaar cards have elders with age above 60 years and many Aadhaar cards are not readable. According to the facts, the district tender committee should have rejected the technical bid of the concerned contractors, which was not done. But the concerned officials/employees in connivance with each other, have committed this fraud in the labour cartage and transport tenders for the transportation of food grains in the grain markets and on the basis of which this case has been registered against the above mentioned accused.