Vikram Vedha Trailer Out: Saif Ali Khan Hritik Roshan’s face off not to be missed, watch 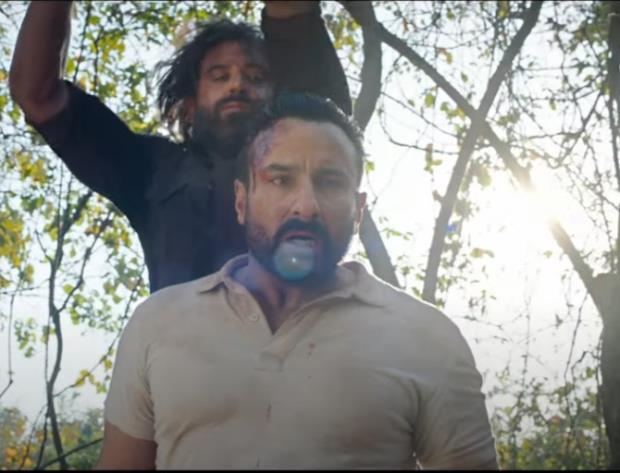 The trailer of the much-awaited film starring Hritik Roshan and Saif Ali Khan is out and it has surely got everything that could not have been expected. The movie is a remake of the famous Tamil-hit film of 2017 which appeared on the big screens with the same name. The original film had a star cast of R. Madhavan and Vijay Sethupathi.

The teaser of the film was recently released which created a lot of buzz among the people and now the trailer that has come forward is nothing less than high-octane drama, action and the unmissable face-off between Saif Ali Khan and Hritik Roshan.

The trailer has been shared on the official YouTube page T series. The three minutes trailer shows Hritik Roshan as a gangster ruthlessly killing goons whereas Saif Ali Khan is established as a determined and sincere cop. The trailer becomes thrilling when both actors come face to face. The trailer shows two very distinctive personalities sharing a lot of things in common which will keep the fans dumbfounded. The movie also stars Radhika Apte in it.

Vikram Vedha is a film by Reliance Entertainment, T Series, Friday Filmworks, Jio Studios and YNOT Productions. The movie will globally appear on the big screen on 30th September 2022.