A picture of an elephant wearing knitted jumpers and covers to protect itself from near-freezing temperatures in North India is going viral on the Internet.

The picture was shared on Twitter by IFS officer Parveen Kaswan and shows an elephant standing with two women and wearing a multicoloured cover and red jumpers.

The picture was tweeted by Kaswan with the caption, "#IncredibleIndia. Villagers knit jumpers for Indian elephants to protect the large mammals from near-freezing temperatures. From Mathura. Pic by Roger Allen." 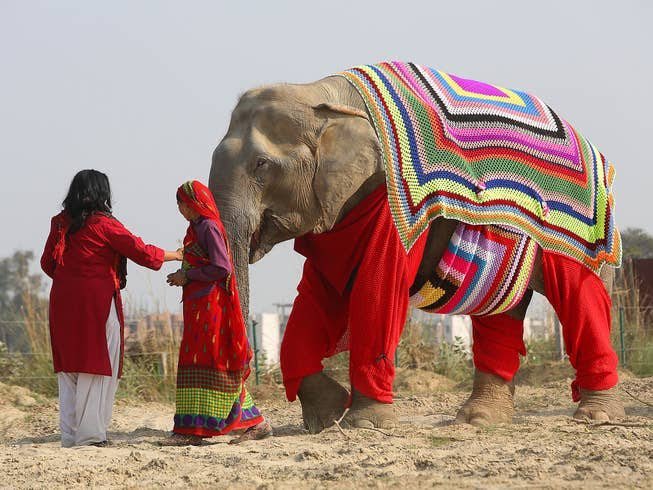