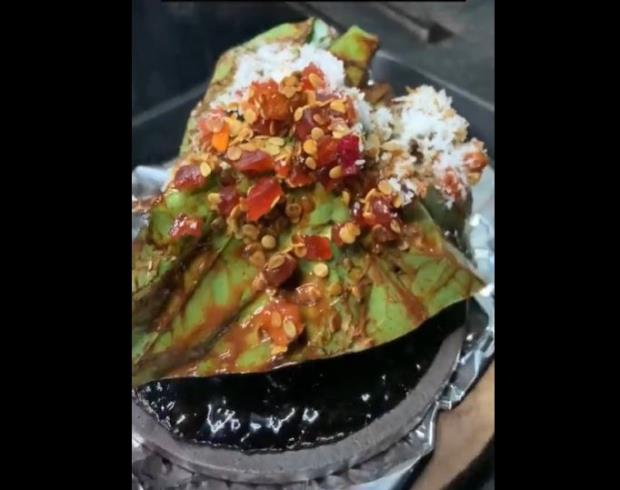 The streak of bizarre food items continues. Now, a tricky recipe is viral on the internet from Ahmedabad, in which an eatery has mixed paan with a brownie. A video of the dish is all over social media and netizens are bound to say eww.

The video was posted by a Twitter user, Raman, who showed the placing of a ‘new-type’ of paan. The video begins by placing a hot dish on the table and spreading chocolate sauce on top, following which the eatery owner lays the brownie on top of the sauce while it sizzles and tops it with a scoop of ice cream. Until this time, the food appeared to be delicious. The man, on the other hand, places a paan on top of the brownie.

While sharing the video, the user wrote, “Paan and Brownie Combo. Only from Ahmedabad, Gujarat”

Have a look at this concoction here:

Pan and Browny Combo. Only from Ahmedabad, Gujarat. 👍🏽👍🏽 pic.twitter.com/ggXwGURFS1

To this, one of the netizens wrote, “Kuch to baksh do.”

Kuch to baksh do 😭

While another wrote, “@noheeriye @ssly_funny Forget what I said about Gujarat earlier! Focus on stopping this!”

The third one commented, “@whyisgauravvvvv this is toooooooo much”

@whyisgauravvvvv this is toooooooo much