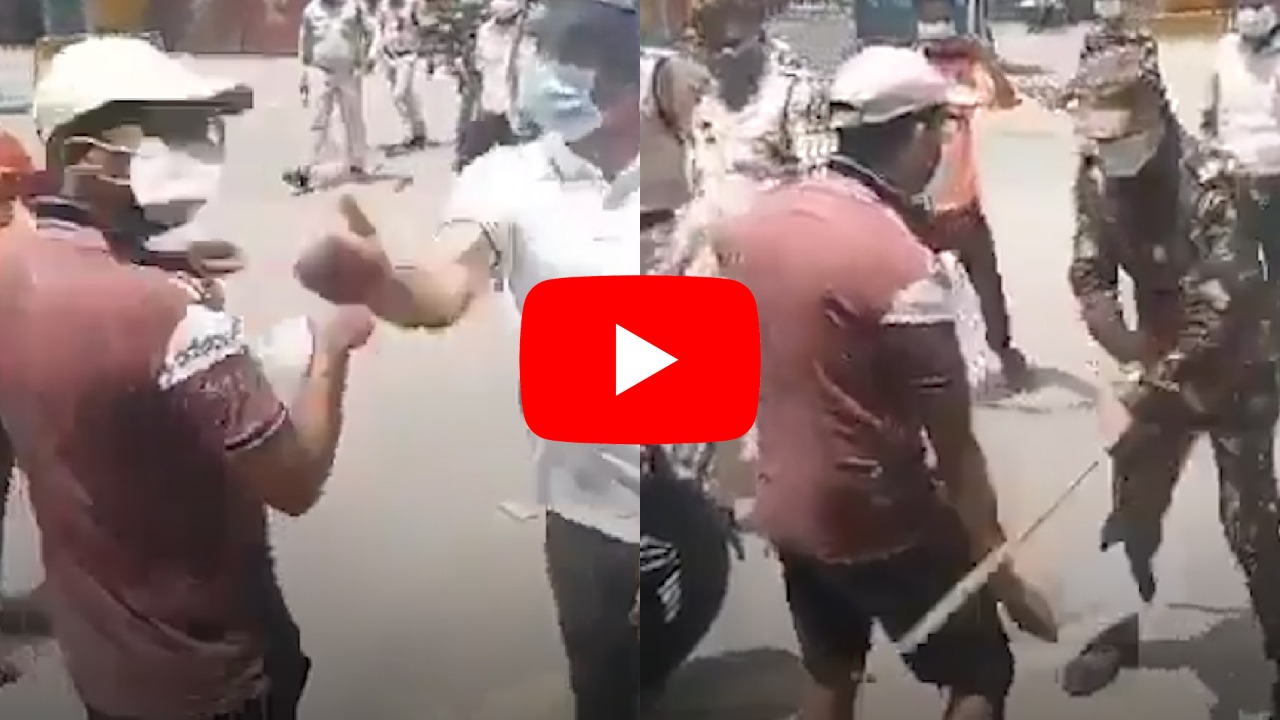 On Saturday, District Collector Ranbir Sharma slapped a youth who was reportedly going to buy medicines in the state-wide lockdown. After slapping him the District Collector smashed his phone and asked the present police officers to beat him and ordered him to lodge an FIR against him under section 279 of the Indian Panel Code (IPC), for overspeeding the bike.

The incident was captured and now the video has gone viral on social media.

In the viral video, it is clear that the youth is trying to show some identity paper to the DC. But the district collector ignored him and then snatched his phone and smashed it on the ground. Then DC Ranbir Sharma ordered police officials to beat the man. And at the end of the video, Sharma was heard instructing the cops to lodge an FIR.

When Ranbir Sharma was asked about the incident he defended himself and said that the social media claims are baseless. He stated that “The person in the video is not a minor as claimed by many social media organizations. He was riding a sports bike and was out on the streets despite the lockdown imposed on weekends. When police tried to intercept him, he tried to escape by overspeeding the bike which could have caused injury to policemen. Later, the boy made two different statements when asked for the reason he was out. Firstly he said that he had gone for vaccination and then he changed the statement and said his granny is hospitalized.”

After this incident came into the eyes Chhattisgarh CM Bhupesh Baghel has instructed the removal of District Collector Ranbir Sharma from Surajpur immediately.

Sanjeev Gupta, Former IAS, re-tweeted and wrote, “Despicable conduct unbecoming of an IAS officer. Beating a young boy and banging his phone, Gora sahib syndrome! He could have cross-checked with dignity and let the police take action for overspeeding. I have brought it to notice of the Chief Secretary, CG.”

Recently, Sanjeev Gupta tweeted to inform about the newly appointed District Collector. He wrote, “Gaurav Singh is the new Collector of Surajpur. Ranbir, who indulged in unprovoked physical violence, is Joint Secy (in waiting). I hope that action would be taken against him.”

IAS Association also criticized the actions of the District Collector and tweeted, “The IAS Association strongly condemns the behavior of Collector Surajpur, Chattishgarh. It is unacceptable and against the basic tenets of service and civility. Civil servants must have empathy and provide a healing touch to society at all times, more so in these difficult times.”