Viral Video: Drunken youth opens fire after an argument over bike collision in Amritsar, one injured

According to information, a minor dispute over the collision of two bikes in a narrow street in the Joda Phatak area broke out, and the youth along with his companions started firing indiscriminately. Author : Samriti Bharadwaj 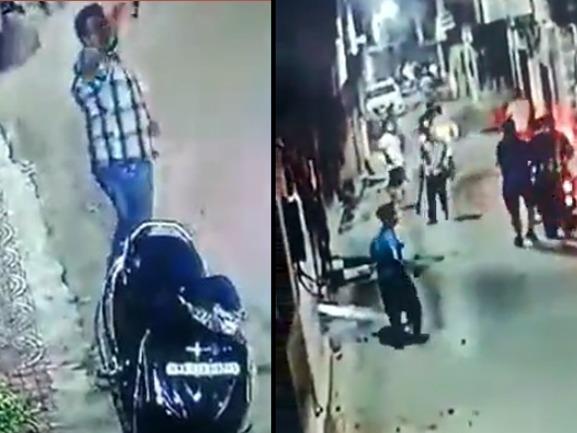 An incident has taken place in Amritsar's Mohkampura area where a fight between 2 groups took a bloody form. On Monday evening, a video from the Joda Phatak area of ​​Mohkampura has gone viral, in which two groups can be seen involved in a bloody clash. In this, a youth fired indiscriminately. This entire incident was caught in the CCTV installed in this area.

According to information, a minor dispute regarding the collision of two bikes in a narrow street in the Joda Phatak area broke out when a young man along with his companions started firing indiscriminately. It is being said that Palwinder Singh, a resident of the Joda Phatak area, was returning home after attending his friend's birthday party. Mohit Mahajan was passing through the street on his bicycle. As the street was narrow, they bumped into each other. He said that Mohit, who was very drunk, started arguing with him. People present them solved the matter and sent them home.

Half an hour later, Mohit Mahajan returned with his unknown accomplices and started firing indiscriminately at Palwinder Singh's house. It has also been revealed that he has five weapons. Palwinder Singh's mother escaped during this firing. A youth, Shiv Kumar was injured in the attack. He was taken to a private hospital for treatment.