The viral video has received more than 3.8 million views so far 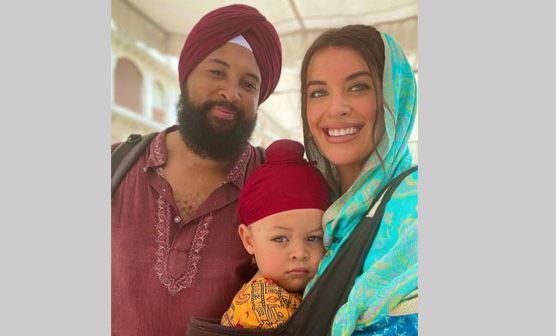 There are many videos and photos on the internet of foreigners adopting Indian culture, dress and festivals. Those videos and photos are very liked by people. Recently, one such video is appearing on social media.

In this viral video, a foreign couple is seen tying turbans on their heads before their son visits the Golden Temple in Amritsar.

The viral video has been shared by an Instagram page. The couple seen in this video is Elise and Lawrence. Their son's name is Nyh.

The caption of the video reads, "Receiving a turban in Amritsar for darshan of Sri Harmandir Sahib!" Along with the caption, the video has been shared with many hashtags.

The video shows a man tying a maroon turban, first on Lawrence's head and then on his son Nyh's head. Finally, Lawrence poses with his son inside the Golden Temple.

The viral video has received more than 3.8 million views so far. It has also received thousands of likes and comments.