The explosion was caught in the CCTV cameras installed in a textile showroom in the Fort area of the city. Author : Guneet kaur 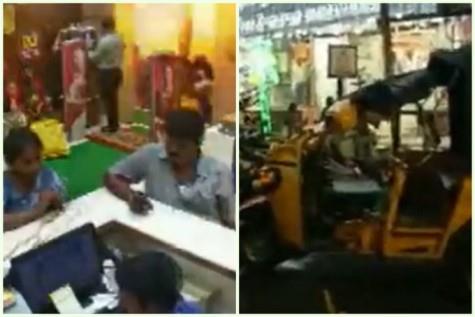 Heart-wrenching news has come to the fore. The accident took place in Trichy, Tamil Nadu on Sunday evening when a loud explosion took place in a crowded market. This explosion was so strong and scary that at that time all the people were seen running in hustle and bustle.

According to information, the explosion took place in the helium tank of a person selling balloons on the roadside of the market. One person died and at least four others sustained minor injuries due to the blast. The deceased has been identified as 35-year-old Ravi.

Reportedly, the explosion was caught in the CCTV cameras installed in a textile showroom in the city's fort area, outside of which a vendor was selling balloons. In the video, people are seen running around after the explosion. An autorickshaw and some two-wheelers were also damaged in the blast.

It is known that the police have arrested Nar Singh, who was selling balloons, and charged him with 'causing death due to negligence.’