Check inside the video of the incident. 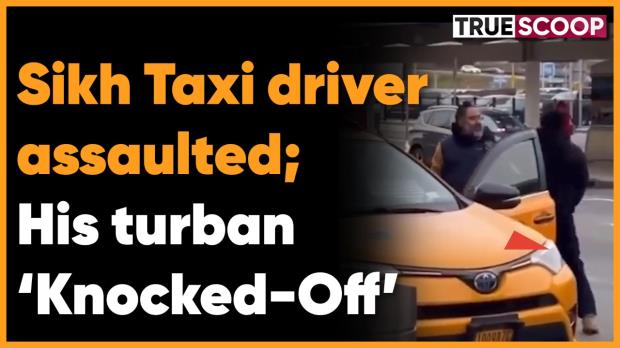 A shocking incident has come to light, another hate crime has been reported in USA. An Indian-origin Sikh taxi driver has been assaulted by an unidentified man. A video of the incident has been circulating on social media.
The video is posted by Navjot Pal Kaur. In the video, it is evident that a scuffle between a Sikh man and the attacker took place and the Sikh man’s turban was knocked off by the attacker. The attacker can be seen continuously punching him.
Navjot Kaur shared the video on the micro-blogging site. She wrote on Twitter, “It’s not enough to say that we need to fight AAPI hate. We actually need our elected officials to get involved with consequences for those who commit acts of violence against our community.”
Also read: Jawed Habib booked under assault and insult NCW seeks probe