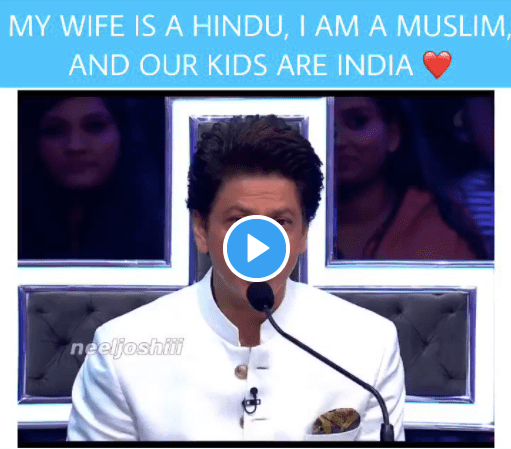 Bollywood's famous actor Shah Rukh Khan has left no stone unturned to win the hearts of people with his films as well as his style. People also like Shah Rukh Khan for his behaviour. Although the actor is a Muslim and his wife Gauri Khan is a Hindu. But when his daughter asked him that what is their religion, then King Khan responded to this in a very emphatic manner. Shahrukh Khan tells his daughter Suhana Khan that she is Hindustani.

Everyone clapped as he continued, “Jab wo school gae to school me wo bharna padta hai ki religion kya hai. To jab meri beti choti thi, usne aa ke pucha bhi mujhse ek baar, ‘papa hum kaun se religion ke hain?’ Maine usme ye likha ki hum Indian hi hain yaar, koi religion nahi hai. Aur hona bhi nahi chahiye. (We have never discussed Hindu-Muslim. My wife is Hindu, I am a Muslim and our kids are Hindustani. When they went to school, they had to write their religion. My daughter came to me once and asked ‘what is our religion?’ I simply wrote in her form that we are Indian, we do not have a religion. ) 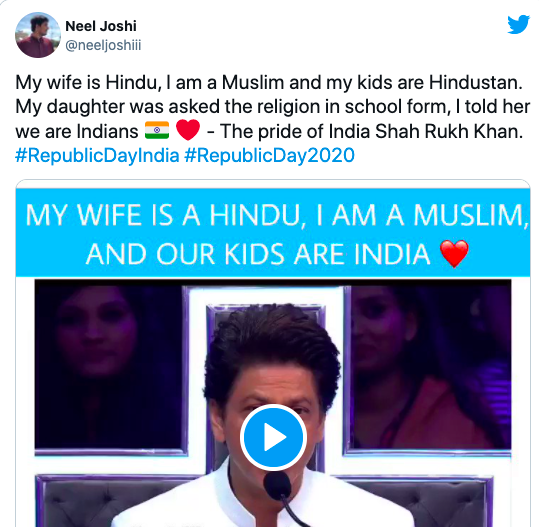 SRK has stated numerous times that religion is not imposed in his home, and that all festivals are celebrated. Talking about his kids, SRK had earlier said, “I gave my son and daughter names that could pass for generic (pan-India and pan-religious) ones - Aryan and Suhana. The Khan has been bequeathed by me so they can’t really escape it.”

Talking about Shahrukh Khan's career, he is going to be seen in the film 'Pathan' soon. In this film, he will be seen playing the lead role with Deepika Padukone. Video clips related to the film also went viral a few days ago, which left no stone unturned to create a ruckus.