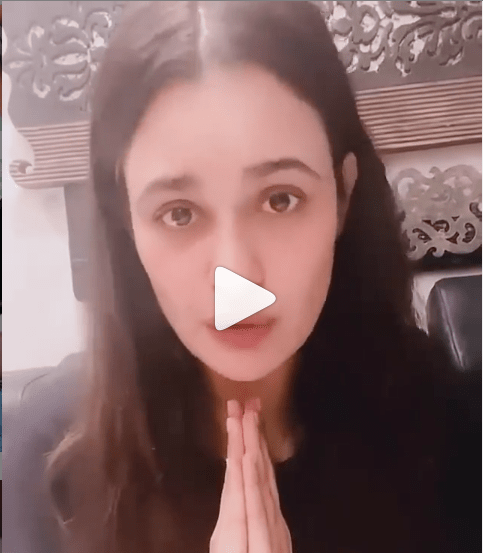 Yuvika Chaudhary, an actress, was recently trolled for using a casteist slur in a YouTube video. After a video of the actress vlogging and using the word "bhangi" went viral on social media, the hashtag #ArrestYuvikaChaudhary became a trend on Twitter. 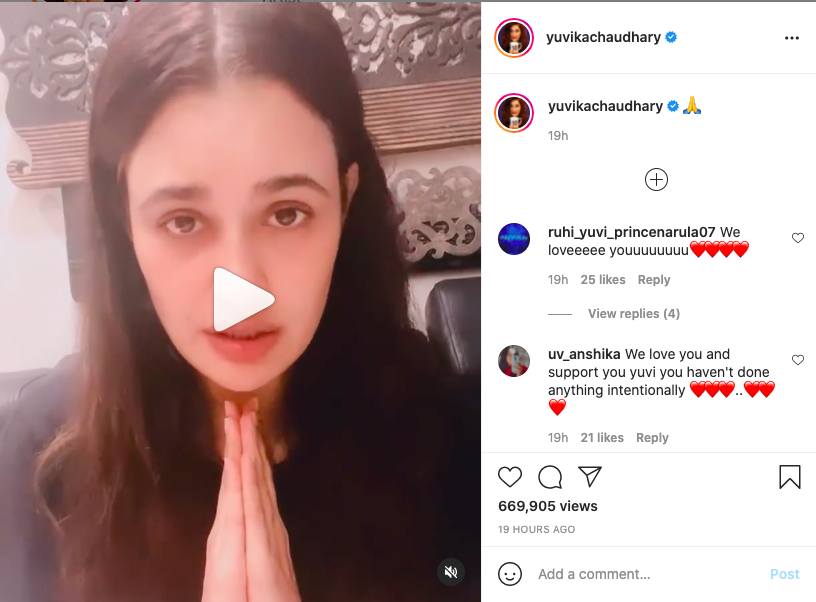 Yuvika Chaudhary and her husband Prince Narula posted videos on Instagram apologising for using the term in a recent vlog. They said that they did not believe in discrimination and that they were unaware of the true meaning of the term.

Yuvika said, “First of all, with folded hands, I apologise to you’ll. I used the word unknowingly and I didn’t know the meaning. Please forgive a mistake that happened unknowingly,” she said in Hindi. See video here.

Netizens were quick to forgive Yuvika and wrote comments.The said, “It’s okk mam don’t be so much worried we know that it was unintentional and just tc”. Another one wrote: “Don’t worry mam we will support you”. 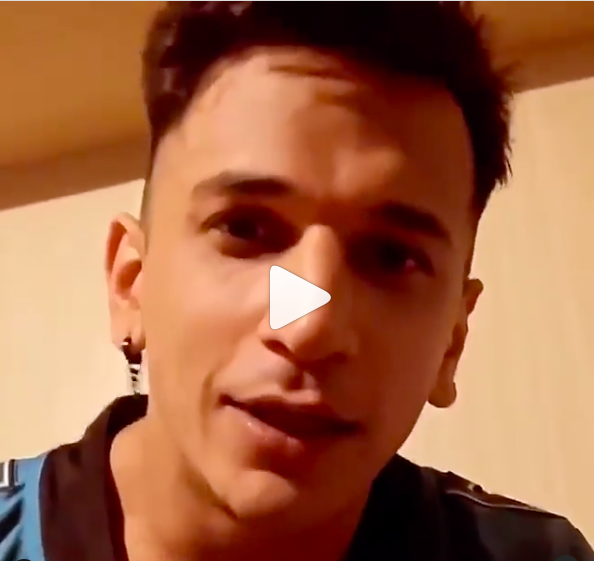 What did Yuvika Chaudhary say?
Yuvika Chaudhary discusses her role in her conversation with Prince Narula in her YouTube vlog, which has surfaced on Twitter. “Why do I still dress like a bhangi when I shoot vlogs?” she wondered. Yuvika's husband, actor Prince Narula, is also seen in the video grooming herself while she complains about her appearance. For the uninitiated, the term used by Yuvika Chaudhary, was coined by upper castes in the 19th century to denote members of a Dalit caste employed in sanitation and manual scavenging.