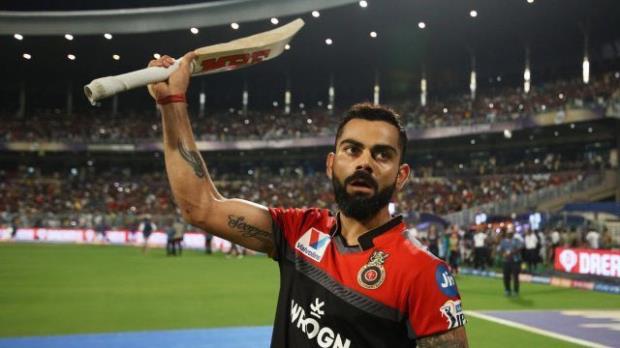 In IPL 2022, Virat Kohli scored 119 runs in 7 matches at an average of less than 20. His strike rate is less than 130. It is not that he is only a flop in IPL.
His last century in international cricket also came in 2019. Considering his consistent poor form, it looks like he may be dropped from the playing XI in the coming matches as well.
After 5 years, Virat was out on a golden duck
During the 31st match of IPL was played between Bangalore and Lucknow at DY Patil ground in Mumbai.
Lucknow captain KL Rahul won the toss and decided to bowl. Anuj Rawat and Faf du Plessis came to open bat for RCB, but Anuj was dismissed for 4 runs. A big innings was expected from Virat Kohli, who came on the field after Anuj's dismissal.
The ball was in the hands of Sri Lanka's Dushmantha Chameera. He bowls a back off length ball outside the off-stump. The ball went outside the off-stump after falling.
Also Read: Finishes like MS Dhoni, celebrates like Virat Kohli; LSG’s Ayush Badoni imitates both legends; Watch
Virat wanted to cut on the backfoot and caught Deepak Hooda on the very first ball. After 5 years, Virat got out on a golden duck in the IPL.
Everything changed in 4 years
Within just 4 years before the match against Lucknow i.e. on 19 April 2019, the match between RCB and KKR was played at the Eden Gardens ground in Kolkata. In the match, KKR captain Dinesh Karthik won the toss and decided to bowl first. Virat Kohli and Parthiv Patel came to open the batting for RCB.
Parthiv was dismissed after scoring 11 runs in 11 balls, but RCB captain Virat was in a different mood that day. In the match, Virat faced 58 balls and scored 100 runs.
His bat hit 9 fours and 4 sixes. His strike rate was 172.41. When Virat used to come on the field in 2019, then the fans expected that runs would come off his bat, but in the last 4 years, Kohli's game has completely changed. Now the runs are coming off the bat. Neither luck is supporting you.

Not a single fifty in 7 matches
Not even, A single fifty has come out of Kohli's bat this season. This veteran, who has scored 5 centuries in IPL, went through the poor form in 2021 as well. In the season, Virat played 15 matches and scored runs at a strike rate of just 119.46. At the same time, his strike rate in the 2020 season was only 121.35.
Virat Kohli’s Last Century
His last century came against Bangladesh on 23 November 2019. After this, not a single century has come off his bat. Virat's fans have longed to see his big innings. In every match, he goes to the stadium expecting good innings from Kohli and he is only disappointed.
How much trust can be expressed in this player, who has scored 70 centuries in international cricket, will be decided by the team management, but it is true that for the last few years, their magic of Kohli has faded.
In IPL 2022, it seemed that Kohli would return to his old colours after leaving the captaincy, but so far it does not seem to be happening.