In the video was shared by fellow weightlifting champion Sathish Sivalingam, the girl can be seen mimicking Chanu’s every action 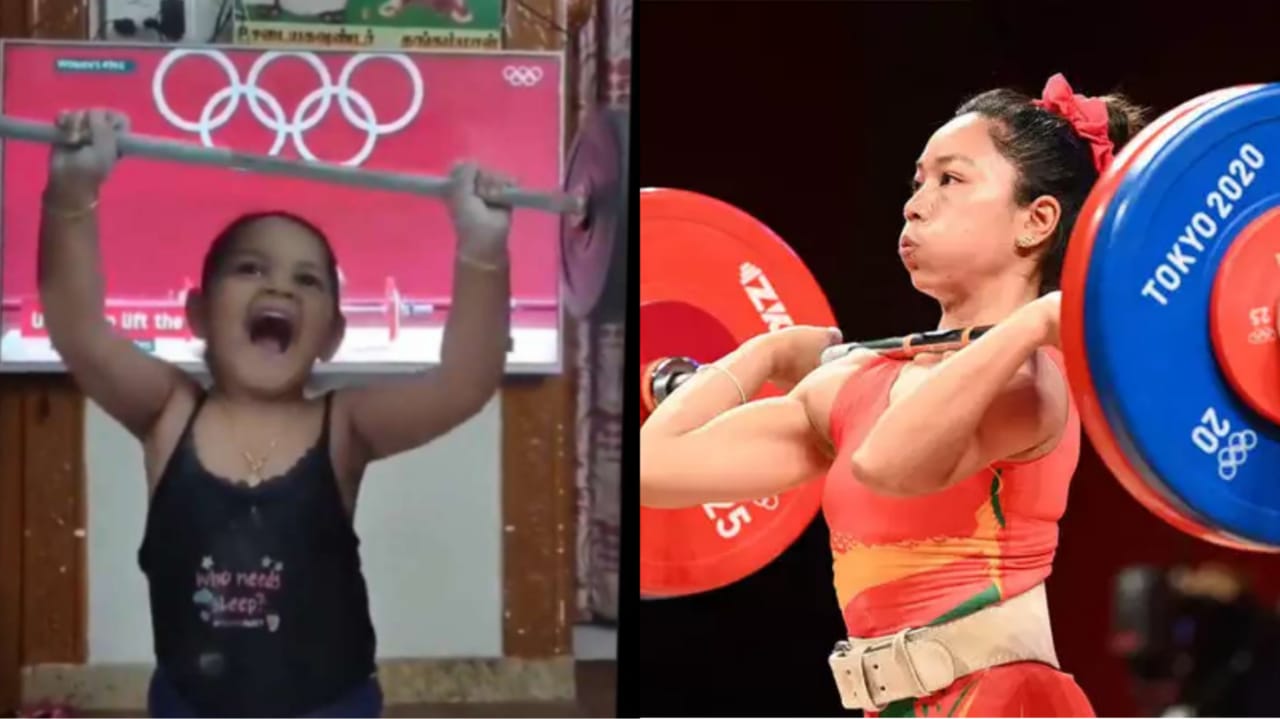 Apart from winning the silver medal for India, Chanu has successfully registered a new Olympic record to her name by lifting 115kg in clean and jerk. By winning silver, the olympian has ended India’s 21 years of medal drought in weightlifting.

After her impressive performance in Tokyo Olympics, the weightlifter has won the hearts of many and also inspired thousands of girls around the country.

Following her marvellous win, a video has gone viral on social media, in which a little girl can be seen mimicking Mirabai Chanu’s winning lift.

The video was shared by fellow weightlifting champion Sathish Sivalingam on Twitter. He captioned the video, “This is called the inspiration, junior @mirabaichanu.”

In the video, the girl can be seen mimicking Chanu’s every action- from rubbing her hands with talcum powder, praying before lifting the weight and celebrating as Chanu did.

The girl even mirrored Chanu's gesture to the Japanese crowd and bowed when she accepted the silver medal.

In no time, the video went viral on social media and reached India’s lone winning weightlifter Chanu who was also impressed by the youngster. While reacting to the video, Chanu wrote, “So cute. Just love this.”