“We are not against Haryana govt but the Centre,” Says Rakesh Tikait

BKU leader Rakesh Tikait said the farmers will carry on their protest and more supporters will join them from UP and Punjab. 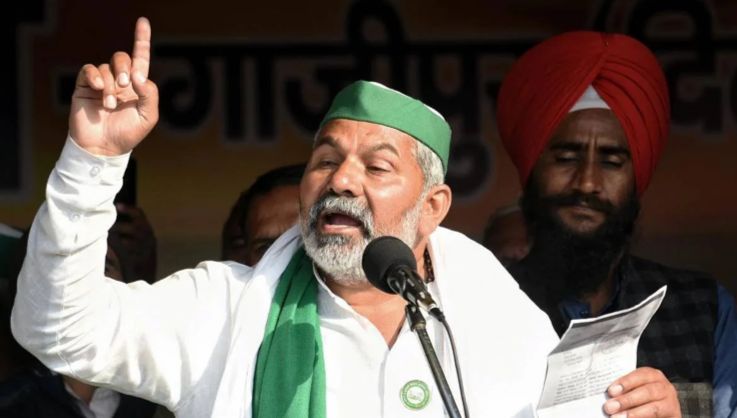 Farmer leaders said on Wednesday that the second round of talks between them and the Karnal administration has also failed. The farmer leaders said the talks broke down on the issue of former SDM Ayush Sinha’s suspension and other demands could not be raised. Speaking to media persons, BKU leader Rakesh Tikait said the administration is refusing to take any action against “officials who are responsible” for the August 28 lathicharge. “They are getting their directions from Chandigarh,” said Tikait, who had earlier said that the bureaucracy is doing its best to “protect” Sinha.

The tape triggered massive controversy for the district administration following which Sinha was transferred out as part of a larger bureaucratic shuffle.

About 10 protesters were hurt in the clash with police as they tried to march towards the venue of a BJP meeting. Farm union leaders also claimed that a farmer died later, an allegation rejected by the administration.

Tikait said the farmers will carry on their ‘pucca dharna’ at the spot and more supporters will join them from UP and Punjab. Haryana BKU chief Gurnam Singh Chaduni also said they will carry on with the siege until their demands are met and action is taken against the “guilty officials”.

Commenting on the administration’s move to arrest the farmer leaders last evening, Tikait said the administration could have declared the ‘anaj mandi’ a jail. He cited the example of Mumbai where the Azad maidan, was converted into a jail for over 50,000 protesters. “Had the Karnal administration done that, we could have brought our animals here. It would still have been a big win for us.”

Last evening, the protesters had deflated the tyres of the police bus that farmer leaders had boarded for courting arrest. The union leaders have said that the gherao of the mini-secretariat will continue till their demands are met.