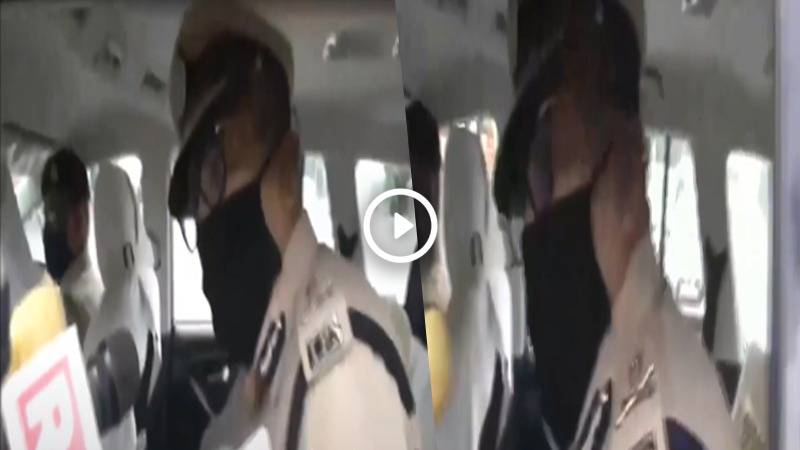 Following the alleged suicide of actor Sushant Singh Rajput, the Bihar Police team which reached Mumbai to investigate the case after an FIR filed by his father K.K. Singh, is not getting any support from the Mumbai Police.

Due to their limited resources, the Bihar police is searching for all the people related to this case and interrogating them on its own.

According to a top source at Police Headquarters in Patna, the Bihar Police is awaiting the decision of the Supreme Court in the case as the accused Rhea Chakraborty, Sushant's girlfriend has filed a petition in the Supreme Court to shift the case filed in Patna to Mumbai.

Sushant allegedly committed suicide on June 14 at his home in Mumbai.

Sources say that the Bihar police cannot take any action before the Supreme Court order. Sushant's father had filed an FIR against Rhea and several of her family members in Patna on July 28. After this, a team of Bihar Police traveled to Mumbai to investigate the matter.

The four-member team has recorded statements of several people related to the case for the past three days, including Sushant's ex-girlfriend actress Ankita Lokhande and his sister but Rhea Chakraborty's whereabouts are unknown. The Bihar Police team also went to her flat on Thursday but she was not there.

The officer, however, said that the Bihar Police team will continue to do its work in Mumbai, but it has faced many problems because it is not getting support from the Mumbai Police at all.

He said, "Now whatever has to be done, we have to do it on our own. Sadly, we are not getting along with the Mumbai Police at all. It is very difficult to work."

Regarding reports of Bihar police sending women police officers for Rhea's arrest, the officer said this is all pointless.

He said, "When we have not got a warrant to arrest Rhea, then there is no question of sending women officers to Mumbai."

The officer did say that a meeting of senior police officers of the state was held at Bihar Police Headquarters on Friday, in which aspects related to Sushant's case were discussed. This was a regular meeting in which the most senior officers of the Bihar Police attended and discussed the developments so far.

The Mumbai Police is also investigating the case on its own level. In this connection, it has questioned many veteran film actors but has not been able to reach a firm conclusion yet.

Meanwhile, all major political parties in Bihar have supported the demand for a CBI probe in the case.

The Bihar government has also waded into the matter. It has decided to approach the Supreme Court against the petition filed by Rhea on moving the entire case from Patna to Mumbai. The Bihar BJP has also questioned the "silence" of Maharashtra Chief Minister's son and Shiv Sena leader Aditya Thackeray in the matter.