Life has come full circle for the Tata Group which has emerged as the winning bidder to takeover Air India, an airline that they once started and nurtured before the government decided to nationalise the air carrier in 1953. 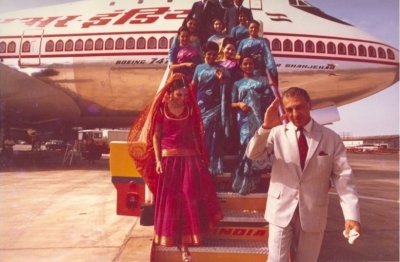 Life has come full circle for the Tata Group which has emerged as the winning bidder to takeover Air India, an airline that they once started and nurtured before the government decided to nationalise the air carrier in 1953.

In a throwback of the journey the airline has taken so far, Ratan Tata, the Chairman Emeritus of Tata Sons, on Friday tweeted an old photograph of the company's former Chairman J.R.D. Tata getting down from an Air India aircraft, minutes after Tata Sons won the bid to regain control of the airline.

"The Tata Group winning the bid for Air India is great news! While admittedly it will take considerable effort to rebuild Air India, it will hopefully provide a very strong market opportunity to the Tata Group's presence in the aviation industry," he said.

"On an emotional note, Air India, under the leadership of Mr JRD Tata, had, at one time, gained the reputation of being one of the most prestigious airlines in the world. Tatas will have the opportunity of regaining the image and reputation it enjoyed in earlier years. Mr JRD Tata would have been overjoyed if he was in our midst today," Ratan Tata tweeted.

"We also need to recognise and thank the government for its recent policy of opening select industries to the private sector. Welcome back, Air India!," he said.

It was in 1932 that Tatas' journey into the aviation sector in India began, which in 1946 led to the renaming of the Tata Airline to Air India after the entity turned public. The airline went out from its hands in 1953 when the government decided to nationalise it.

Under the deal now, Tata Sons will acquire Air India, 50 per cent of Air India-Sats, and Air India Express. The government will get Rs 2,700 crore in cash from the sale. The rest is the government's debt, which Air India will take over.