What to Watch on OTT platforms in January 2022?

From Eternals to Gehraiyaan, here’s the list of upcoming releases on OTT. 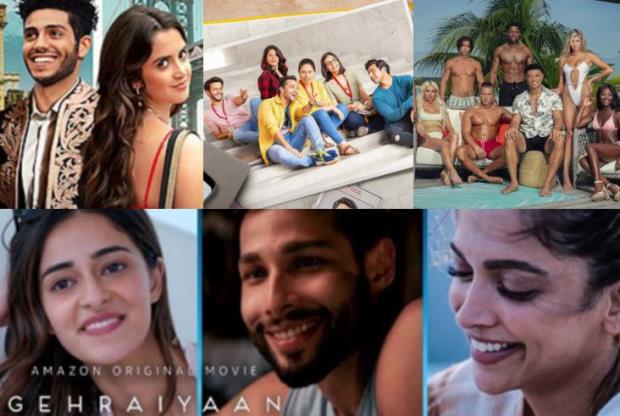 Due to THE spike in Covid cases, theatres are almost getting shut at many places in India. But, the online option is always available to the viewers. With the release of the much-anticipated movie, Harry Potter Reunion on Amazon Prime Videos in India, Netflix, Disney plus and other OTT platforms are also coming up with new surprises for fans.
Here’s a list of upcoming OTT releases in the month of January:
Kaun Banega Shikharwati 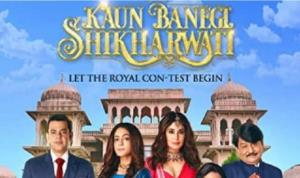 Kaun Banega Shekhawati is an upcoming project that stars some of the most popular faces of the industry including Lara Dutta, Kritika Kamra, Anya Singh and Naseeruddin Shah. It is a comedy-drama which revolves around the idiotic king and also about the four of the daughters. It will release on Zee 5 on January 7.
Campus Diaries 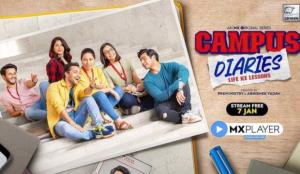 From freshers’ parties to relationship dramas, sassing the professors and bunking class to college politics and canteen wars; Campus diaries will take you back to your college days. The series stars Harsh Beniwal, Ritvik Sahore, Saloni Gaur, Salonie Patel, Abhinav Sharma and Srishti Ganguli Rindani. It will release on MX Player on January 7.
Eternals

Eternals is a 2021 American superhero film based on the Marvel Comics race of the same name. Produced by Marvel Studios and distributed by Walt Disney Studios Motion Pictures. Eternals will release on January 12, 2022 on Disney+ Hotstar. Eternals will be available in English, Hindi, Tamil, Telugu, Kannada, and Malayalam on Disney+ Hotstar in India.
Hotel Transylvania: Transformania 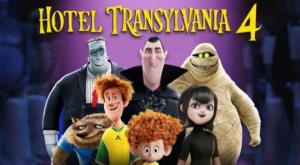 It is an upcoming American computer-animated monster comedy film produced by Sony Pictures Animation and released by Amazon Studios. It intends to be the fourth and final installment of the Hotel Transylvania franchise.  The film will release exclusively on Amazon Prime Video on January 14, 2022 worldwide except China.
Yeh Kaali Kaali Ankhein 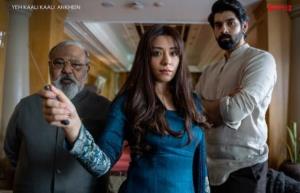 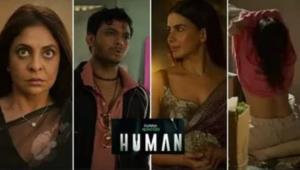 Human is a medical thriller starring Shefali Shah and Kirti Kulhari in lead roles. It is all set to premiere on Disney+ Hotstar on January 14. It is directed by the Vipul Amrutlal Shah and Mozez Singh under the banner of Sunshine Pictures. It is written by Mozez Singh, Ishani Banerjee, Stuti Nair, and Asif Moyal.
Too Hot to Handle Season 3 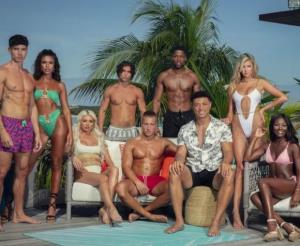 Netflix’s most popular show is coming back with its season 3 on January 19. Netflix announced the news in a teaser clip. Netflix still not has been made any official announcement about the renewal of the series for the fourth season.
Also read: Katrina Kaif flaunts her love for ‘Sabyasachi Mangalsutra’ and looks fabulous; See pics inside
The Royal Treatment 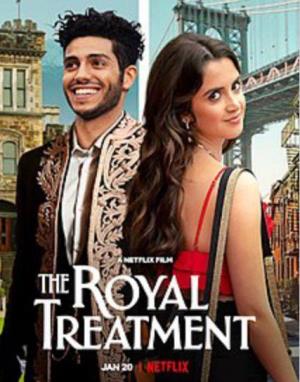 The Royal Treatment is an upcoming American romance film directed by Rick Jacobson and starring Laura Marano and Mena Massoud that set to be released on January 20, 2022 on Netflix.
Gehraiyaan 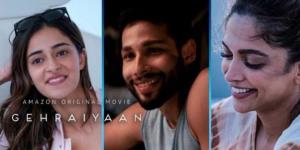 Deepika Padukone,Ananya Panday and Siddhant Chaturvedi’s Gehraiyaan is all set to be released on Jan 25 on OTT platform. The shooting of this film Began in October 2020. Most of the movie scenes are shot on the outskirts of Mumbai and the actors Deepika, Ananya, and Siddhant were often spotted while commuting for the shoot via Mumbai-Alibaug ferry.  The film is going to stream on Amazon Prime Video covering over 240 countries and territories worldwide.