WhatsApp bans over 18 lakh bad accounts in India in March, Are you next on the list?

The platform banned over 14 lakh such accounts in the country in February. 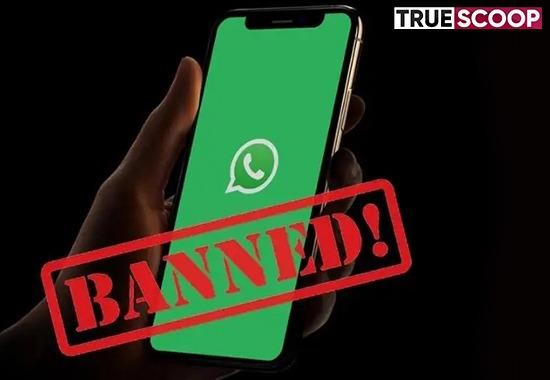 Meta-owned WhatsApp on Monday said that it banned over 18 lakh bad accounts in India in the month of March in compliance with the new IT Rules 2021. Be careful if you are forwarding messages blindly on WhatsApp. This will may create trouble for you in the future and you may become next on the list.
The platform banned over 14 lakh such accounts in the country in February.
The company said that it also received 597 grievance reports in the same month from the country, and the accounts "actioned" were 74.
"In accordance with the IT Rules 2021, we've published our report for the month of March 2022. This user-safety report contains details of the user complaints received and the corresponding action taken by WhatsApp, as well as WhatsApp's own preventive actions to combat abuse on our platform," a WhatsApp spokesperson said in a statement.
"WhatsApp banned over 1.8 million (1,805,000) accounts in the month of March," the spokesperson added.
The company said that data shared highlights the number of Indian accounts banned by WhatsApp between March 1-31 using the abuse detection approach, which also includes action taken in furtherance to negative feedback received from users via its "Report" feature.
Also read: Explainer: Heatwave in India - Reasons for increase in temperature day-by-day; Warning & More
"Over the years, we have consistently invested in Artificial Intelligence and other state of the art technology, data scientists and experts, and in processes, in order to keep our users safe on our platform," the company added.
Under the new IT Rules 2021, big digital and social media platforms, with more than 5 million users, have to publish monthly compliance reports.