Who are ISIS Khorasan Province militants? Accused of attacking at Karte Parwan Gurudwara in Kabul

The shocking news is coming out of Kabul, Afghanistan, where some attackers of the terrorist organization ISIS entered a gurdwara and killed all the people living there. 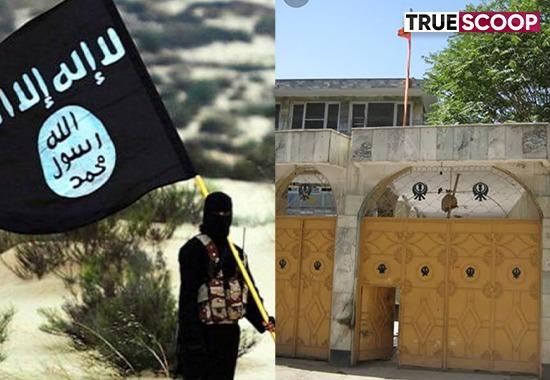 The shocking news is coming out of Kabul, Afghanistan, where some attackers of the terrorist organization ISIS entered a gurdwara and killed all the people living there. Many people are feared dead in this attack. Fearful Sikhs in Kabul claim that ISIS attackers entered the gurdwara. As it was told that the sound of firing could be heard clearly. According to media reports, Gurnam Singh, president of Gurdwara Karte Parwan, told that the attackers allegedly killed all the people living inside the gurdwara.
According to him, the terrorists belong to ISIS. He has requested the Government of India to bring the Afghan minorities back to India immediately without any further delay. They have been waiting for the e-visa for six months. So far, there has been no statement from the Taliban government regarding this attack. As per the News agency, it said that two blasts took place inside the gurdwara and some shops attached to the gurdwara caught fire. According to sources, at least two attackers are believed to be inside the gurdwara complex and the Taliban are trying to nab them alive. The exact death toll is still not clear.
Union Minister Hardeep Singh Puri condemned the Kabul attack
On the attack on the Gurudwara in Kabul, Union Minister Hardeep Singh Puri said at the Global Summit this is very sad news. In the attack on the gurdwara, the guard Ahmed there has died. There were 35-40 people in that Gurdwara Sahib, out of which 10-15 managed to get out, but many people are still trapped there. I don't understand what the attacker in religious places wants.
Also Read: Kabul Gurudwara Live Updates: 2 dead after 3 explosions hit at Karte Parwan Gurudwara in Kabul
Know what is ISIS and more?
Islamic State is an ally in Central Asia. In 2014, spread throughout Syria and Iraq. ISIS-K was founded in 2015, also known as ISK or ISIS-K. In the year 2016, these terrorists now tell you who are the terrorists involved in ISIS-K.
The organization started with Pakistani Taliban fighters. Deported from Pakistan after several military operations. Later took refuge on the Afghanistan border. People of extremist ideology increased the strength of the organization. Fighters dissatisfied with the Taliban joined 'Khorasan'. Iran's Sunni province and China's Uighurs joined. People associated with the Islamic Movement of Uzbekistan joined.
ISIS-K is a threat, America had steamed it up before. This is the reason why America started airstrikes many years ago considering it a bigger threat than the Taliban. Due to these attacks, the strength of ISIS-K was greatly weakened. Due to the US attacks, till the year 2016, there were very few terrorists left in ISIS-K. But now in the changing environment of Afghanistan, ISIS-K is once again getting ready to spread the fun.
Spread Jihad The purpose of ISIS-K is to increase the influence of the Islamic State and it has attacked people several times in Afghanistan, and Pakistan. Minority Shia Muslims were targeted. There were many skirmishes with Afghanistan-US forces. This is the reason why experts are calling what happened in Kabul Airport a big alarm bell because Afghanistan has become the centre of different organizations of terror, which can prove to be a scourge for the whole world in the coming times. That's why it is being said that now what is the danger, understand it too.