Who is Aroosa Alam, the person behind war of words between Capt Amarinder and Deputy CM Randhawa?

Aroosa has once attended Capt’s oath ceremony. She was among those who sat in the VVIP chairs for Singh's swearing-in ceremony in 2017. 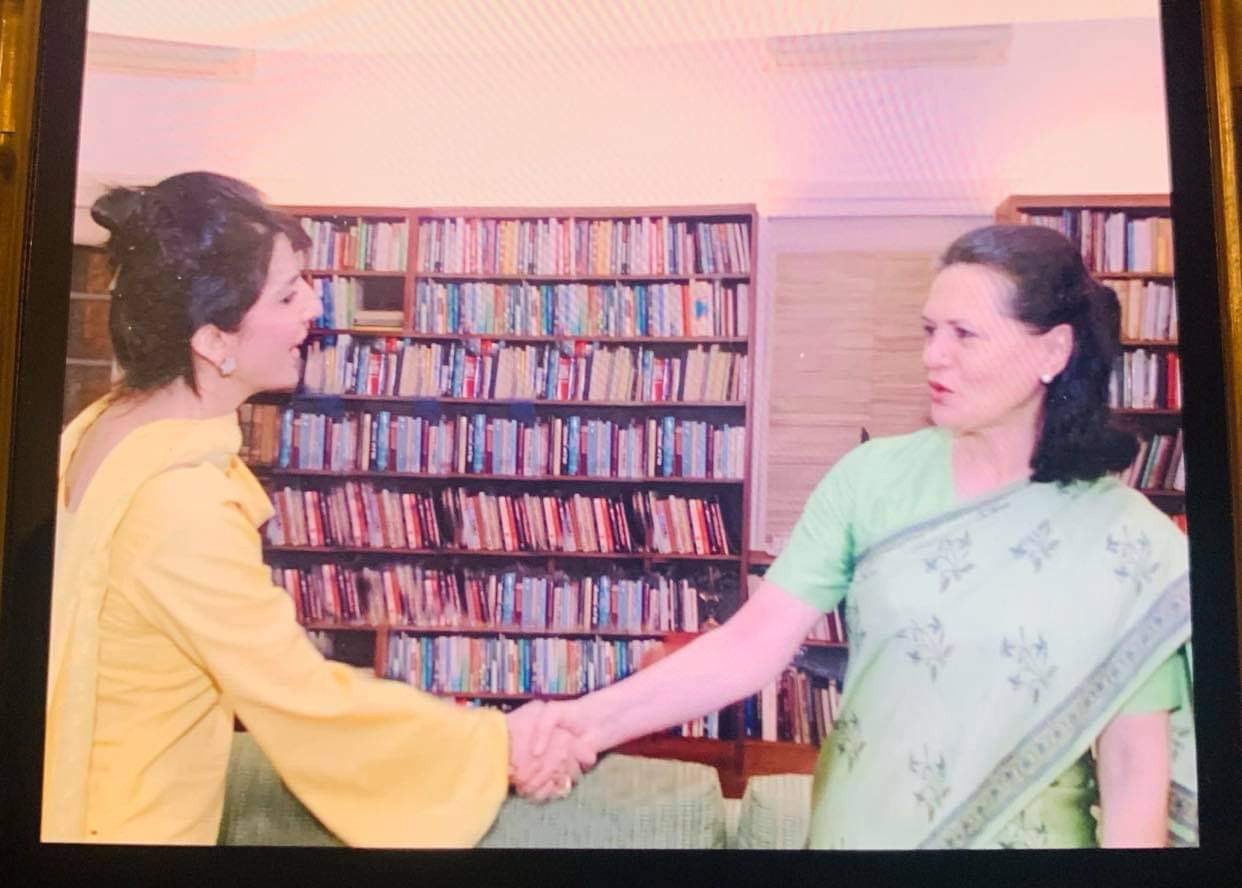 Former Punjab chief minister Captain Amarinder Singh is making headlines for the past few years over his very public disagreements with Punjab Congress head Navjot Singh Sidhu. The episode of Captain vs Sidhu has escalated, turning into Capt vs Congress now.

With Capt Amarinder quitting Congress and announcing a new party that will be open to alliance with Bharatiya Janata Party (BJP), several leaders of the grand old party are lashing out at Singh. Amid these political disputes, Punjab Deputy Chief Minister Sukhjinder Singh Randhawa has launched a personal attack against Capt.

But, Who is Aroosa Alam?

Aroosa Alam is a Pakistani defence journalist considered to be a close friend of Captain Amarinder Singh. The journalist has been visiting India for over 16 years on several occasions.

She also visits Captain Amarinder in Chandigarh on a regular basis. She, however, no longer visits Patiala since the family detests.

The journalist had met Amarinder Singh during his 2004 visit to Pakistan.

Aroosa has once attended Capt’s oath ceremony. She was among those who sat in the VVIP chairs for Singh's swearing-in ceremony in 2017.

Diving into Aroosa's personal life, she is the daughter of socialite Akleen Akhtar, who influenced Pakistani politics in the 1970s. Her mother was well-connected inside the military hierarchy.

About her relationship with the ex-Punjab CM- Alam in 2007, when the two were spotted together several times, had clarified that they were 'just friends.'

The People's Maharaja, Captain's biography, features a chapter on his relationship with Aroosa, who has publicly stated that her friendship with Amarinder Singh is beautiful and will last long.

She had also expressed her pride in the relationship.

Punjab Deputy CM and home minister Sukhjinder Singh Randhawa, talking about security threats in Punjab, said, "Captain says that Punjab faces a threat from the ISI. So we will also probe the relation of Aroosa Alam with ISI."

The statement came as a response to the question over Aroosa Alam's viral photos and videos with Pakistani military officers.

Amarinder Singh retaliated by saying Aroosa Alam had been visiting India with clearances from the centre for 16 years and asked Mr Randhawa if he was alleging that the NDA and previous UPA governments associated with the ISI.

"You were a minister in my cabinet @Sukhjinder_INC. Never heard you complain about Aroosa Alam. And she'd been coming for 16 years with due GoI clearances. Or are you alleging that both NDA and @INCIndia led UPA govts in this period connived with Pak ISI?" @capt_amarinder," Raveen Thukral, media advisor to Capt Amarinder quoted him.

The ex-CM further said that instead of focusing on law and order in the face of terror threats, the Punjab administration has deployed police on a "baseless probe at the cost of Punjab's safety."