Who is Lt. Gen Asim Munir? Ex-ISI head during the 2019 Pulwama attack to take charge as Pak’s new Army Chief 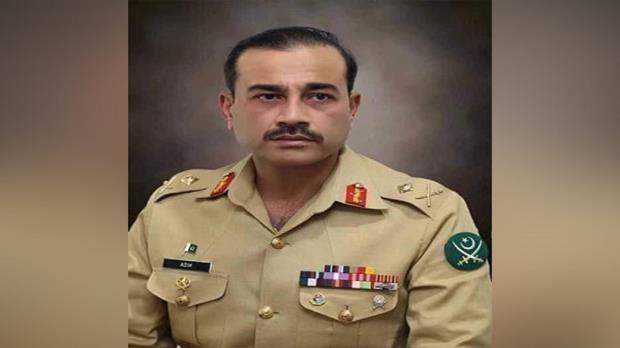 Making it official removing all the clouds over the appointment of Pakistan’s new Army chief, Pakistan PM Shehbaz Sharif has appointed Lt. General Asim Munir for the post who will be succeeding outgoing COAS Qamar Javed Bajwa who is set to retire on November 29th after serving for over 6 years on the post.

The appointment is due in the office of President Arif Alvi who will be giving his final nod. Now with his appointment to the topmost post of Pakistan’s Army a look Lt. Gen Asim Munir journey to date.

Asim Munir joined the service upon completion of his training at the Officer’s Training School (OTS) in Mangla in Pakistan’s area of Punjab. He started his service for Pakistan’s topmost organization by getting commissioned in the 23rd Battalion of Pakistan’s Frontier Force Regiment. As an officer, he rose rapidly through the ranks and went on to hold some key positions in the Army.

Munir has remained a close aide to Gen Bajwa since his days serving as a Brigadier in the Force command, Northern Areas between 2014 and 2016.

In the year 2017, Munir was elevated to the responsibilities of DG of Pakistan’s Military Intelligence serving for a period of nearly 21 months in October 2018 he went on to hold the most crucial position in his service when he was appointed the chief of Pakistan’s spy agency ISI. However, his service to the post was short-lived and ISI’s 23rd director-general was removed from the post which lasted for 8 months.

Munir and the 2019 Pulwama Attack:

He was on to the post of ISI’s DG when India faced the burn of one of the most horrific terror attacks in recent history in the form of the 2019 Pulwama that shook the entire nation with the lives of 40 brave CRPF personnel.

The attack was taken on the face of India’s pride and saw a massive response from the brave soldiers through the air strikes in the terrorist posts in Pakistan Occupied Kashmir.

It is said that the setback Pakistan suffered due to this attack from the valiant soldiers prompted the then Pakistan PM to remove Munir from the post who completed just 8 months on the post which is the shortest in the history of Pakistan.

According to Pakistan military rules, his four-year tenure as Lt General was to end on November 27, 2022, just two days before the date he is now expected to take over as Chief. As COAS, Munir will get a 3-year term, which means he is likely to hold the position till at least 2025.

Speaking to the media minutes after the announcement was made, Defence Minister Khawaja Asif said that the appointment was made according to the law and the Constitution, asking the nation to refrain from viewing it through a “political lens”.