Who is Ezra Miller? Actor accused of grooming a teen, Know full controversy of 'The Flash' movie star in it

According to the report that has had access, the parents of an 18-year-old girl named Tokata Iron Eyes have requested a restraining order against the interpreter. 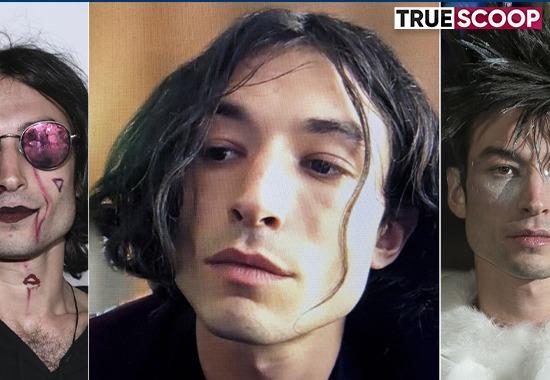 Ezra Miller returns to the headlines for his legal problems. After being arrested after leading an altercation in karaoke in Hilo (Hawaii) and also being arrested for threatening to kill a couple, now the actor of "The Flash" has been accused of manipulating and drugging a minor.
According to the report that has had access, the parents of an 18-year-old girl named Tokata Iron Eyes have requested a restraining order against the interpreter. The alleged victim and Miller met in 2016 when she was 12 and he was 23. Tokata Iron Eyes is a member of the Standing Rock Sioux Tribe and met the actor when he visited the Standing Rock Indian Reservation.
Takata's parents say Miller took her to London in 2017 to visit the studio where "Fantastic Beasts and Where to Find Them" was filmed, as she was a huge fan. At the time of the trip, they say Tokata was 14 and Ezra 25. Their friendship continued, and the teen's parents say Miller supplied her with alcohol, marijuana and LSD.
The plaintiffs also allege that Miller caused the girl to drop out of school in December 2021. The parents say they flew to Miller's Vermont home in January to pick up their daughter and discovered she did not have her driver's license, car keys, car, credit card and other items needed to manage her life independently. They allege that they also found bruises on Tokata's body, apparently caused by the actor.
Also Read: 'First Kill' season 1 Review: 'Lesbian' teen Vampire Hunt for love, Netflix drama which hits differently this time
Shortly after bringing her back home, Tokata's parents recount that Tokata fled to New York to join Miller, and from there they travelled together to Vermont, Hawaii and Los Angeles. “Ezra uses violence, intimidation, threats of violence, fear, paranoia, delusions, and drugs to dominate a young Tokata teenager,” the complaint states.
Despite the parents' accusations, Tokata Iron Eyes gave its version through a statement on Instagram. “I would like to make a statement to address the tragedy that is the general public narrative and the assumptions made on my behalf by my family and friends regarding my stability and such,” he wrote.
“Recently, my friend and comrade William passed away, my mind was incredibly shocked and I have needed space and time to process the mourning. My comrade Ezra Miller, during the entirety of the aforementioned era, has provided me with loving support and incalculable protection in this stage of loss, ”revealed the minor.
Miller's controversial record continues to grow. Last March he was arrested in Hilo (Hawaii) for an altercation in a karaoke. Already in April, he was arrested for assault in Pahoa (Hawaii). His problems come from afar since in 2011 he was arrested for the crime of drug possession and in 2020 he became the target of criticism when a video came to light in which he appears assaulting a woman.