He submitted his resignation to speaker Kultar Singh Sandhwar through an e-mail over a difference with Punjab CM Bhagwant Mann Author : Guneet kaur 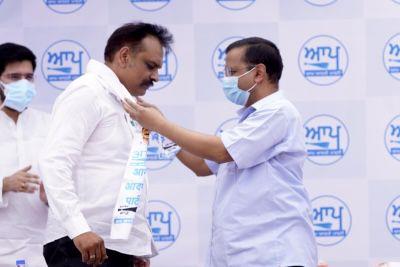 AAP MLA Kunwar Vijay Pratap Singh on Wednesday resigned from the Punjab Vidhan Sabha committee. He submitted his resignation to speaker Kultar Singh Sandhwar through an e-mail over a difference with Punjab CM Bhagwant Mann. Reportedly, his resignation has not been accepted till now.

Kunwar Vijay Pratap was appointed as the Chairman of Government Trust Committee by the Punjab Assembly Speaker. The AAP MLA demanded a deep and proper discussion over sacrilege cases taking place in Punjab but this demand of his was not accepted in the assembly. Trust Committee then summoned Punjab Chief Secretary VK Janjua and DGP Gaurav Yadav for discussion over the issue of sacrilege. On the same day, Kultar Singh Sandhwan called a meeting of all committee chairmen, forcing Kunwar Vijay to cancel his meeting.

Kunwar Vijay Pratap Singh is a former Inspector General of Police. He prematurely retired from the post of IPS and joined AAP in June 2021. While joining Aam Aadmi Party he stated that he has joined the government to cleanse the system. The main reason for his resignation as IG was a decision that was taken by High Court in March 2021 over the sacrilege cases.

Kunwar Vijay Pratap was also the part of Special Investigation Team probing the 2015 police firing cases related to the anti-sacrilege protests at Kotkapura and Behbal Kalan in Faridkot. Apart from this he has also served as the Superintendent of Police, Amritsar in early 2000s, and later as the Senior SP here between 2007 and 2009. After joining politics his priority areas have always been women’s safety, improving law & order, eliminating drug menace, health, education, etc.