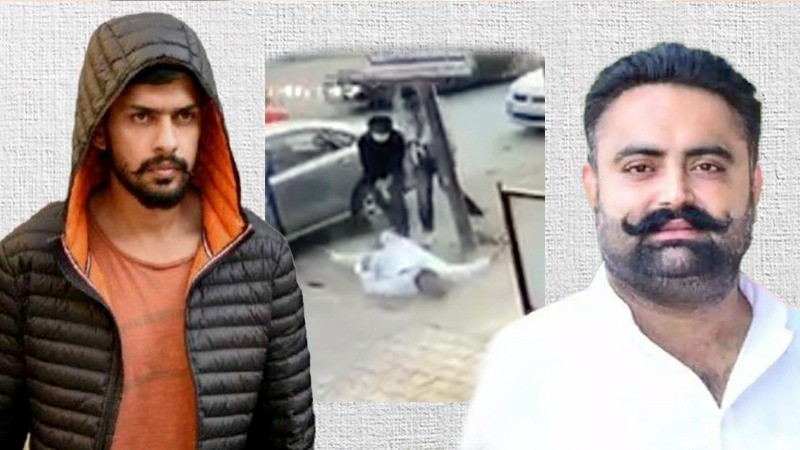 A native of Abohar in Fazilka district, Lawrence Bishnoi, was an alumnus of DAV College, Sector 10 of Chandigarh. He entered student politics during his college years and it is believed that this period marked the beginning of Bishnoi transforming into a gangster.

As per various police reports, Lawrence Bishnoi during his college days, formed a gang that included sportspersons, kids of police personnel and local students leaders. And in no time, he succeeded in forming a huge network in Punjab, Haryana, Chandigarh and Rajasthan.

Divulging more details about Lawrence Bishnoi, sources said that he had a penchant for wrestling since his college days and used to practice wrestling at an akhaara behind Sukhna Lake. He is the eldest son of his parents.

Besides, he had strong connections with a gangster-turned-politician from Fazilka, Jaswinder Singh, alias Rocky who was gunned down near Parwanoo in May 2016.

At present, this popular gangster is facing scores of trials in cases of murder, attempt to murder, extortion and robbery in several states, including Rajasthan, Punjab, Haryana and Chandigarh.

Last year only, Chandigarh police brought Bishnoi on a production warrant for his alleged role in the murder of a man, Sonu Shah, at Burail, who was a property dealer by profession with a criminal past and is said to be a rival of the Bishnoi Gang. He was shot dead at his office in Burail, Sector 45, in broad daylight on September 28, 2019.

Meanwhile, Bishnoi then confessed of plotting a murder conspiracy of Shah from the jail.

The gangster is quite popular among the youth

Sources from Police informed that Bishnoi over the years has gained massive popularity and followers through his friends, who are operating his social media accounts. He said that the reason people are following him and believing his social media posts is because it shows as if the gangster is a true patriot and is keen to help needy people.

He even pretended and showed himself a dedicated follower of his religion and its teachings. He used to do Sukhmani Sahib Path every morning inside the lock-up and had moved multiple applications in the local courts fearing a fake encounter.

Why did he Kill Gurlal Bhalwan?

In a Facebook post on Thursday night, Lawrence Bishnoi while taking the responsibility of killing Youth Congress Leader, said that he had told Gurlal several times to mind his own business and not to work against them by colluding with anti-party. “However, not everyone can understand words and I also don't speak much, so I was left with the only option to gun him down”, he said.