Who is Manmohan Mohana? Man who 'did recce' of Moosewala had a connection with Congress' Raja Warring

Mohana was inducted into the Congress by Congress leader Amarinder Singh Raja Warring. Raja Warring is now the head of Congress in Punjab. 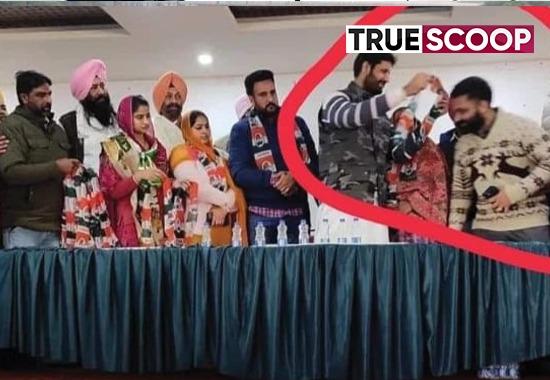 The political connection of gangster Manmohan Singh Mohana, brought from Mansa Jail on a production warrant, has been exposed. Mohana was inducted into the Congress by Congress leader Amarinder Singh Raja Warring. Raja Warring is now the head of Congress in Punjab.
Mohana is suspected of being the recce of Punjabi singer Sidhu Moosewala during the Punjab Assembly elections. 4 people were also staying in his house. Who is suspected of being a sharpshooter? In such a situation, now many types of questions have started arising regarding this.
Gangster Manmohan Singh Mohana, who happened to be close to Moosewala, was associated with the Akali Dal. He joined Congress during the Punjab elections. His photo was uploaded by Congress' Budhlada candidate Ranvir Kaur on her social media. Now the question is being raised about whether he had joined the Congress to get closer to Moosewala. Late Punjabi singer was also contesting from Mansa seat on a Congress ticket.
Also Read: AAP MLA Aman Gagan Maan gets brutally trolled in a viral video for sitting on Kharar's DSP chair
Manmohan Mohana, who is interrogating the police sitting in front of Lawrence, is a resident of Mansa. Many criminal cases are registered against him. He is in jail in the murder case of Budhlada Truck Union head Darshan Singh.
Punjab Police has brought gangster Lawrence from Delhi's Tihar Jail on a production warrant. It was only after questioning him that Mohana's name came to the fore. Police interrogate him by making him sit in front of Lawrence to track down the sharpshooters who killed Moosewala.