Who is Nupur Shikhare? Aamir Khan's daughter Ira gets engaged to her long-time boyfriend

Ira Khan Nupur Shikhare engagement was attended by a plethora of Bollywood actors. 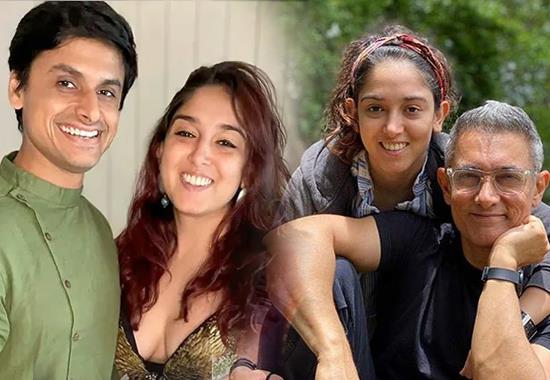 Aamir Khan's daughter Ira Khan on Friday got engaged to her long-time boyfriend Nupur Shikhare in Mumbai. Ira Khan Nupur Shikhare engagement was attended by a plethora of Bollywood actors. Both Ira Khan and Nupur were clicked by the paparazzi. The engagement ceremony was attended by Ira's father Aamir Khan, mother Reena Dutta, Kiran Rao, Aamir Khan's nephew Imran Khan and grandmother Zeenat Hussain. Aamir Khan, in the viral pictures, can be seen sporting an ethnic look. The actor is wearing kurta with matching dhoti. With Ira Khan engagement is finally completed, fans are wondering who is Nupur Shikhare or who is the lucky guy all set to be the son-in-law of Aamir Khan.

Who is Nupur Shikhare?

For the unversed, Nupur Shikhare was born on October 17, 1985, in Pune. After completing his schooling from S.D. Kataria High School, he completed his graduation from R.A. Poddar College of Commerce and Economics in Mumbai. He belongs to a Hindu family. His mother, Pritam Shikhare, is a dance teacher. Professionally, Nupur is a celebrity fitness trainer and has been training Ira for a while now. The two reportedly began a relationship in 2020 and ever since then, have been sharing pictures and videos on their Instagram accounts with fans. The two never felt the need to hide their relationship from the world. Nupur was even a part of Ira’s parties and birthday celebrations over the years.

Notably, Nupur also trained Bollywood movie star Aamir Khan. That’s not all, Nupur has also been training Sushmita Sen for over a decade and even wished her on her birthday with this post and picture.

Talking about Aarmir Khan, the Bollywood actress is going through a rough patch. Aamir's last film Laal Singh Chaddha turned out to be one of the biggest flops of Bollywood. He also announced a break from film for a year and a half to spend time with his family. Aamir also announced divorce from wife Kiran Rao.