Who is Nupur Shikhare? Know all about the man who got engaged to Aamir Khan’s daughter Ira Khan, details inside

Their friendship started in 2000 and ever since Nupur has been an integral part of Ira Khan’s life. 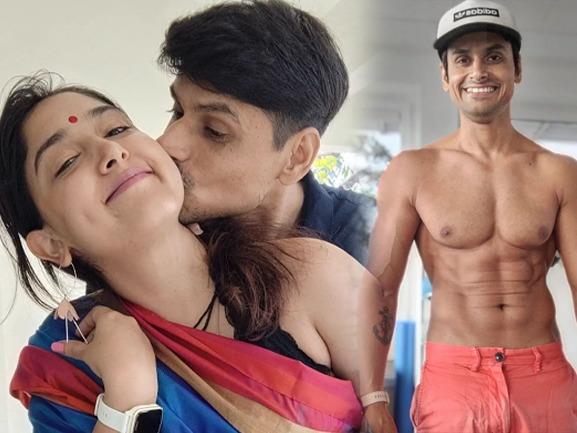 Recently, Aamir Khan’s daughter Ira Khan announced that she has got engaged to her long-time boyfriend Nupur Shikhare. As soon as the duo shared the video of their romantic proposal on Instagram the fans can’t keep calm all about Ira Khan’s boyfriend.

Here is everything that you should know about him.

Nupur Shikhare is a celebrity fitness trainer who was born in Pune in the year 1985. He has done his schooling from there only but then moved to Mumbai to pursue his graduation. Nupur Shikhare is a graduate of R.A. Poddar College of Commerce and Economics. He is a Hindu by religion. Surely Nupur has taken his agility and flexibility from his mother as she is a beautiful trained dancer.

Being in the profession of a celebrity trainer, Nupur Shikhare met Ira when she was finding a trainer for herself and both became very good friends. He has been training Ira for a quite while now and both keep on sharing photos of each other with love-filled captions. Two of them had never come out with their relationship but have also not tried to hide it. Their friendship started in 2000 and ever since Nupur has been an integral part of Ira Khan’s life.

Apart from Ira Khan, Nupur Shikhare has trained some huge Bollywood stars which included Aamir Khan, Sushmita Sen, etc. Taking some genes from his mom, he is also a trained dancer and keeps on posting his videos of dancing to different Bollywood numbers. Not only this, but talking about his talent the list does not seem to have an end. Nupur also participated in World Championship in 2014 and is a state-level tennis player.

It was late night when Nupur Shikhare and Ira Khan posted the cutest video of their proposal in which Ira can be seen standing in the audience waiting for her man to come. As soon as Nupur came in, he kissed Ira and then went on his knees to ask her out. After this Ira responded with a yes and now both of them are happily engaged to each other.