Who is Theranos founder Elizabeth Holmes? Why was she found guilty?

The decision came after a three-month trial in which the jury of eight men and four women sat through reams of evidence and 32 witnesses, including Holmes herself. She now faces a maximum term of 20 years in jail for each offence, however legal experts believe she will not get the full penalty. 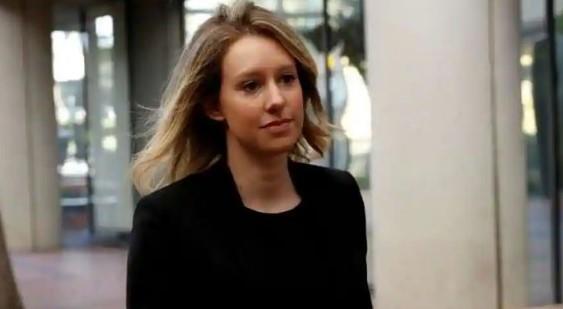 A court has convicted Elizabeth Holmes guilty of fraud for converting her Silicon Valley startup, Theranos, into a sophisticated scam, duping billionaires and other gullible investors into backing an ostensibly revolutionary firm whose medical technology never performed as Holmes claimed.
All you need to know about Holmes and her phony blood-testing business is this:
Who is Elizabeth Holmes, and what is her background?
Elizabeth Anne Holmes was the founder and CEO of Theranos, a now-defunct health-tech firm that rose in value after fraudulently claiming to have revolutionized blood testing by creating testing procedures that could require shockingly little amounts of blood, such as from a finger prick. In 2022, she was found guilty of fraud.
On February 3, 1984, Elizabeth Holmes was born in Washington, DC.
Noel Holmes served on a Congressional committee, while Christian Holmes worked for Enron before joining government agencies like USAID. Her family moved from Washington, DC to Houston when she was a youngster.
What exactly is Theranos?
Theranos was a privately owned American health technology firm that claimed to have devised blood tests that needed very little blood and could be completed in a matter of minutes using tiny automated tools built by the company. These claims, however, were eventually proven false.
Theranos was started in 2003 by Elizabeth Holmes, who was 19 at the time, and received more than $700 million from venture capitalists and other investors, resulting in a $10 billion value in 2013 and 2014.
False claims
Theranos' fraud business plan was based on the idea of using proprietary technology to do blood tests that just needed a pinprick in your finger and a little amount of blood.
The tests will be able to identify ailments such as cancer and excessive cholesterol, according to Holmes.
Also Read : Explained: Boris Johnson receives heat over UK Christmas party scandal
A US jury convicted Elizabeth Holmes, the founder of Theranos, guilty on four of eleven charges of defrauding investors in the blood testing firm.
Holmes was convicted of investment fraud and conspiracy, but not of three counts of defrauding patients who paid for Theranos testing, as well as a related conspiracy charge.
The jury was unable to reach a judgment on three charges involving additional, private investors.
She faces up to 80 years in prison if US District Judge Edward Davila sentences her, but she is anticipated to get a much shorter term.
Holmes was also accused of misrepresenting patients about the test's accuracy, although he was found not guilty.