Who is Tilak Varma? From playing with broken bat to bought by MI for ₹1.7 crore; Records, Stats & Facts| Check 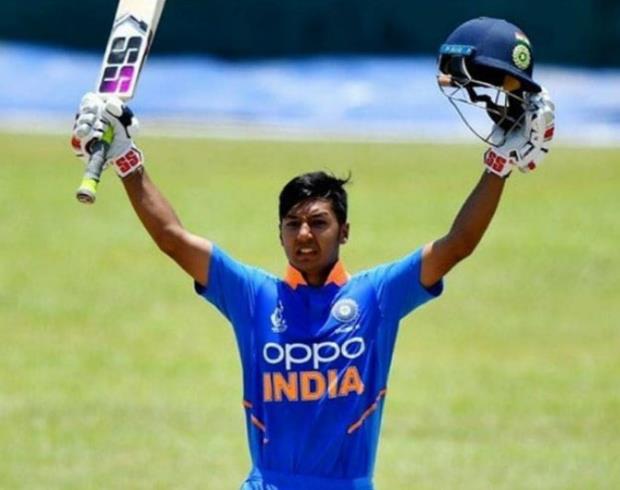 Tilak Varma IPL Debut, MI vs DC: 19-year-old batsman Tilak Verma made his IPL debut for Mumbai Indians in the match against Delhi Capitals.
Tilak's father was an electrician by profession. There was not enough income to afford the son's cricket coaching. But with the help of the coach, he went ahead and struggled to reach here.
Many Indian Under-19 players have raised their identity from the Indian Premier League. The list is very long. Virat Kohli, Rishabh Pant and Ishan Kishan have all travelled through this league to Team India.
Now another player's name can be included in this list. This is 19-year-old Tilak Varma, who made his IPL debut for Mumbai Indians against Delhi Capitals. Even though he could not play big innings in the first match.
Got out after scoring 22 runs. But the way he batted fearlessly, showed that he is a long gameplayer. Tilak, who plays domestic cricket for Hyderabad, was bought by Mumbai Indians for Rs 1.7 crore in a mega auction held in February this year for almost eight times the base price of 20 lakhs.
Since then, it was expected that he would get a chance to play in IPL 2022. Due to the injury of Suryakumar Yadav, Tilak got this opportunity in the very first match of Mumbai Indians.
Also Read: IPL 2022: Gavaskar, Hayden pick CSK, MI, RCB and KKR as playoffs candidates
However, the journey to IPL was not easy for this player. He reached here while battling financial constraints. His coach Salaam Bayash also played an important role in this.
Coach's contribution in making Tilak a cricketer
Tilak's father was an electrician by profession. His income was not enough that he could bear the expenses of his son's cricket coaching.
In such a situation, seeing Tilak's skill, coach Salaam Bayash came forward to help him and made complete arrangements for cricket coaching along with accommodation and food.
Tilak also lived up to the expectations of the coach and got his game ironed at an early age. Tilak had to face struggle at every step. A small example of this is when he had to play with a broken-bat in an Under-16 tournament. Despite this, he scored the most runs.
Mumbai bought Tilak for 8 times the price, 1.7 cr deal
Tilak Verma made his mark through Under-19 cricket at the age of 17. He was part of the Indian team in the 2020 Under-19 World Cup.
However, in that tournament, he was able to score only 86 runs in 3 matches. In such a situation, he did not get a chance in IPL in 2020. But Tilak continued to perform brilliantly in domestic cricket.
In the Mushtaq Ali T20 tournament last year, Tilak scored 215 runs at a strike rate of 147. At the same time, in Vijay Hazare Trophy too, he scored 180 runs in 5 matches.
Since then, it was expected that some team would buy him in the mega auction of IPL 2022 and Mumbai, recognizing the talent of this batsman, joined them by paying a hefty price.