Who says you can’t build muscles on a vegan diet: Harminder Dulowal

He credits vegetarianism for his muscular physique

Meet Harminder Dulowal, a native of Dulowal village in Kapurthala, who in 2003, had a lean physique with merely 38kg weight, however, today he is one such International personalities whom the fitness freaks look up to.

He says this has been possible because of his sheer dedication and vegan diet plans that today he has achieved his dreams of becoming the an International judge, a fitness figure, motivational speaker and bodybuilding and athletic coach.

Dulowal says he was once ridiculed and bullied for having a lean physique, but he never knew that one day he will become the president of a prestigious federation of bodybuilding, Fitness International Federation (FIF).

“From early morning training sessions to late-night diet meals, a lot of hard work, a complete vegetarian diet and discipline is required to excel. Many times, our bodies give up, but hope and dedication keeps us going”, he said in conversation with the Truescoop News.

Divulging more details about him, Harminder said, he did his Bachelors in Arts from Khalsa College, Jalandhar, and it is during this time period he started participating in small scale competitions and won gold and silver medals in Inter State University events.

He further did his B.P.Ed and M.P.Ed from Patiala University and then he won the Mr World and Mr Asia competitions. He says he is widely popular among young fitness enthusiasts. Thousands of youth from all around the globe follow him on his social media platforms. He has trained over 200 international bodybuilders and athlete, both male and female, and is always up for those who want to build a career in bodybuilding.

Take first step, rest follows, he said, adding that “I still remember my first medal that I bagged when I was 19. I was naive and completely unaware of the field. Some of my gym mates asked me to participate in the district-level body building competition that I ended up winning”, he shares.

Since then there was no looking back. He even compromised his studies; he failed in the first year of my bachelor’s degree at Khalsa College. “However, I continued to pursue my passion despite reluctance from my family who even bought a tractor for me to work in fields!” he quips. With the help of his achievements he again took admission and got a position in college bodybuilding team.

He said that he would work as a courier boy to supplement his diet expenses. “And by the time I ended my Masters and MPhil degree, I started training people and provided personal training at clients’ home,” he says.

He further said that he was second best at the All India Inter-University Championship in 2012. Somehow he came to know about the World Fitness Federation and started preparing for it. “Consequently, in 2015, I won Mr World South Africa title. After a few unsatisfying performances, I won Muscle War Singapore 2017 and Mr Asia 2018 title, by clinching a gold in the extensive bodybuilding.”

As diet plays an important role in getting buffed up, he developed knowledge of nutrition and promoted only vegetarian diet. He says natural sources of food, combined with processed supplements are enough in bodybuilding. In order to impart his fitness knowledge, he now owns a gym and his own fitness brand “King Nutrition’’. His parents, who didn’t support him in the beginning, now manage his clients and the gym. He is the only Vegetarian body builder who builds up such a muscular physique by having a vegetarian diet.

Today he is an inspiration to many and motivating the young generation towards fitness, also providing them a platform for competitions and building career in bodybuilding. 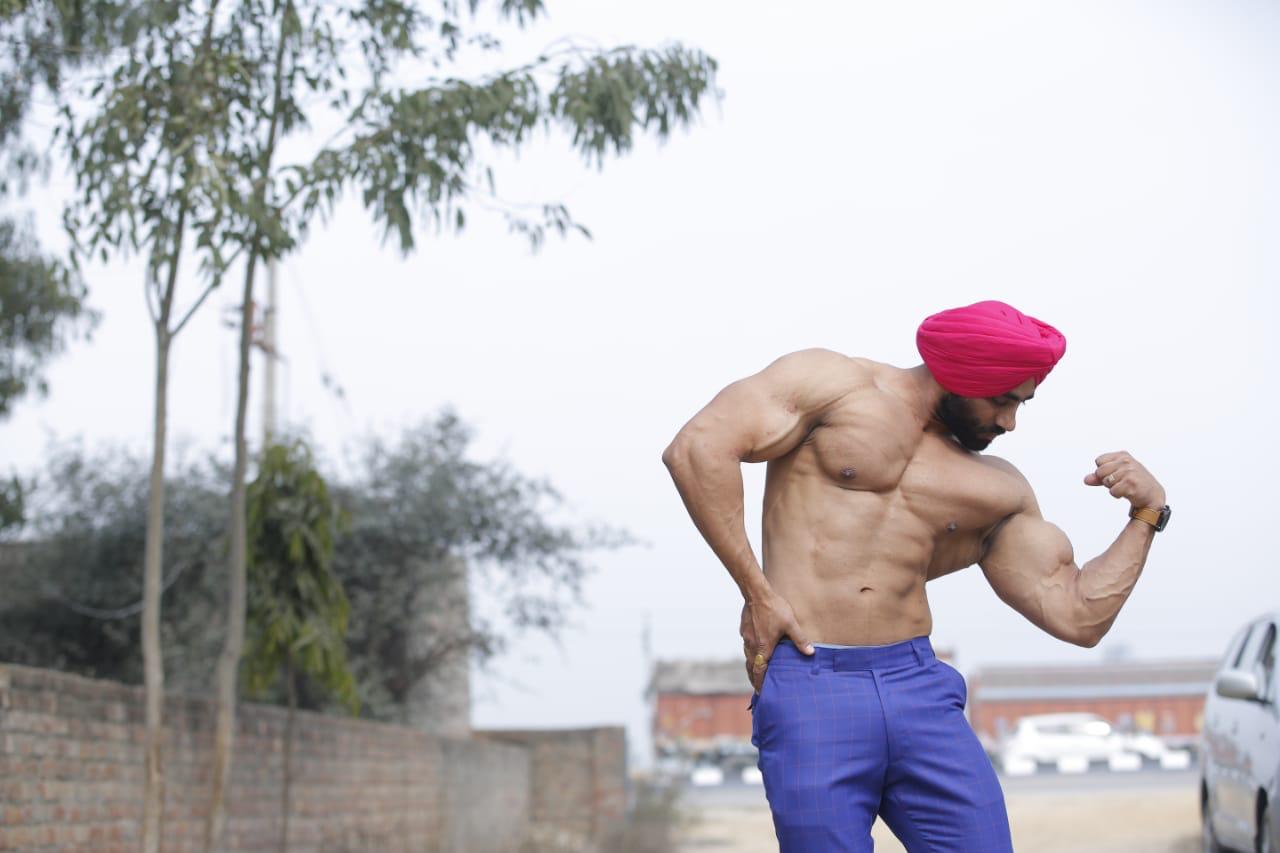