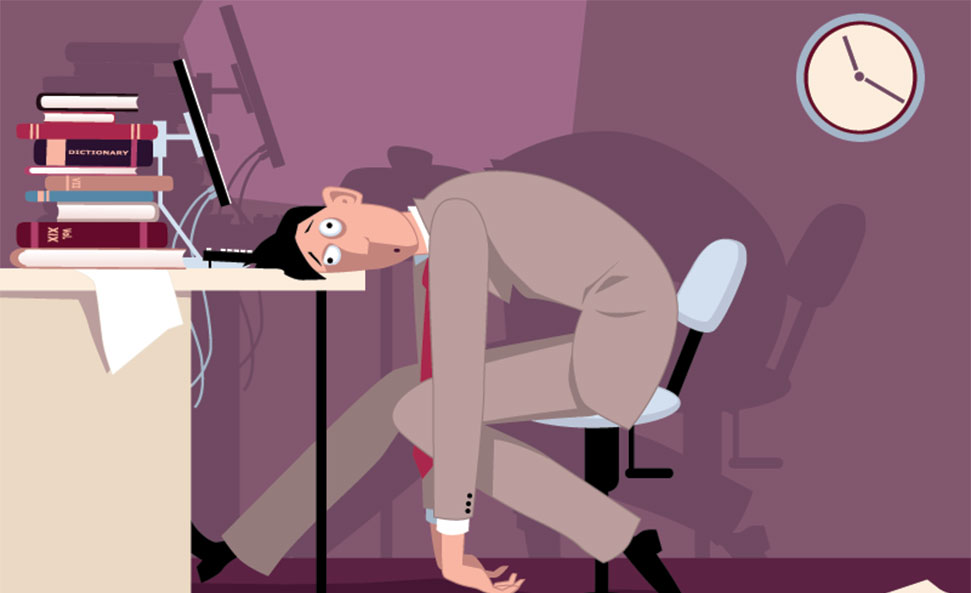 In today's world, people don't have time to eat and relax for some time. They are compromising their health for getting rich fast. They neither follow a proper healthy diet nor they take sleep for at least 7-8 hours. A study by WHO says that people work for 55 hours a week which is very dangerous for their health. The study speaks on the data from 194 countries.

The WHO on Monday said long hours working had killed thousands of workers in a year which may also further accelerate due to the COVID-19 pandemic. When the first global study of the loss of life associated with longer working hours was done, the paper in the journal Environment International showed that 745,000 people died from a stroke and heart disease associated with long working hours in 2016. That was an increase of nearly 30% from 2000.

Maria Neira, director of the WHO's Department of Environment, Climate Change and Health says "Working 55 hours or more per week is a serious health hazard,". The most affected areas are Southeast Asia and the Western Pacific region which includes China, Japan, and Australia.

WHO staff, including its chief Tedros Adhanom Ghebreyesus, say they have been working long hours during the pandemic and Neira said the U.N. agency would seek to improve its policy in light of the study.WHO technical officer Frank Pega said that employers should reduce their working hours for their better health and to cope up with life which can also increase the worker's productivity. "It's really a smart choice not to increase long working hours in an economic crisis."