Why do Muslim countries remain silent on China's 'treatment' over them? Why do they always 'target' India?

Amid a growing controversy over the remarks of BJP functionaries, a section of experts questioned the silence of Muslim countries on China's treatment of Muslims. Author : Rohit Gupta 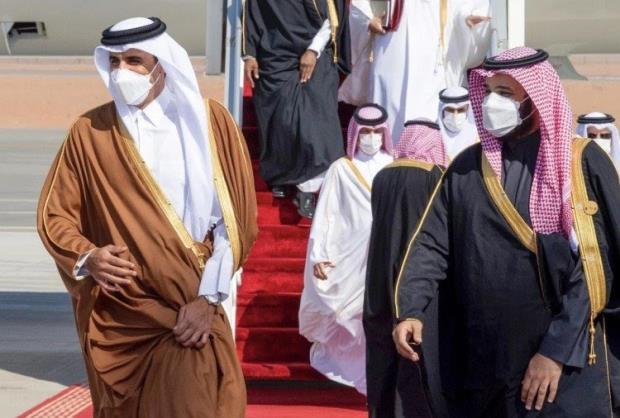 Amid a growing controversy over the remarks of BJP functionaries, a section of experts questioned the silence of Muslim countries on China's treatment of Muslims. Some of these countries raised questions over alleged human rights violations there after registering a protest with India over the remarks of two BJP office-bearers.
Controversy over alleged derogatory remarks on Islam escalated on Sunday from countries such as Saudi Arabia, Kuwait, Qatar and Iran, following which the BJP took action against its office bearers saying it respects all religions.
Will Arab countries make such objections against China
Following the reaction of Islamic countries, questions are being asked in some circles whether these nations will raise similar objections against China, on which many human rights groups have targeted Muslims and other minorities accused of.
Brahm Chelani, professor emeritus of strategic studies at the Center for Policy Research (CPR), said some Muslim countries have been silent on China's attack on Islam, which included the captivity of more than a million Muslims and the confiscating of the Quran, have Played the role of anti-India after which two Indian leaders have been expelled from the ruling party. Is it because they see India as a soft country?
Also Read: 'Shame on BJP' trends on Twitter following Nupur Sharma's remarks, OIC countries 'strong' protest & more
Activist and lawyer Kasturi Shankar also took to Twitter to say the same thing. "Nations that claim to stand up for the feelings of the world's two billion Muslims do nothing for Muslims in Afghanistan, Syria, China or Burma," she said. We can't do anything against ISIS or China or the Taliban, so argue with a single woman on TV.
Balbir Punj said, the world knows the behaviour of China
Former Rajya Sabha MP and BJP member Balbir Punj said on Twitter that the world knows how China treats its minorities, especially Muslims and Tibetan Buddhists. China violates all human rights, and international conventions while dealing with Islam and Muslims in Xinjiang. No one in the world even shouts about it. Why? He alleged that Congress, communists and jihadis are rejoicing as their campaign of intolerance against Modi has only worked so far.
We have to work hard to uncover its true character and neutralize it to save a majority of India, he said. Saudi Arabia, Qatar, Iran and Kuwait condemned and strongly protested the controversial remarks made by former BJP spokesperson Nupur Sharma and former Delhi media chief Naveen Kumar Jindal.
Shankar said I condemn any kind of hate speech. What I dislike are the selective outrage and double standards. The world needs to put humanity before religion. Nupur Sharma was wrong. I don't think the party had any other option but to expel him. He said that I have not heard any of these countries condemning the Manchester massacre, Charlie Hebdo or Islamic terrorist acts.