Sidharth Shukla's prayer meet has been organised by one of the sisters of Brahma Kumaris. 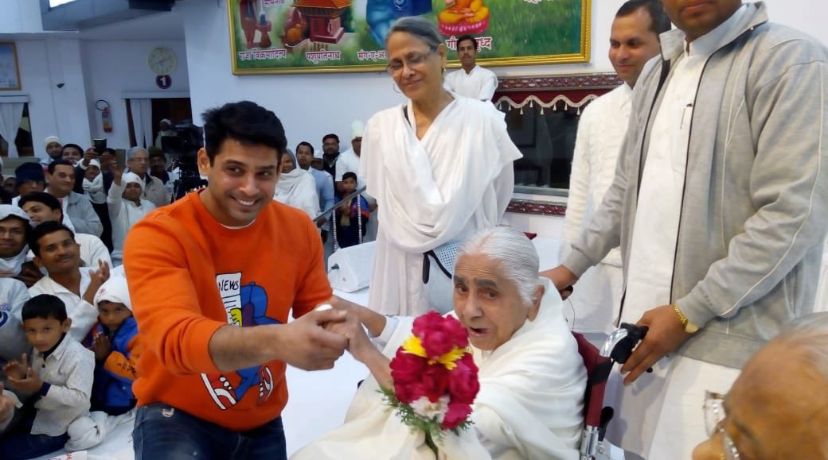 There is a wave of mourning in the whole country due to the death of famous TV actor Siddharth Shukla. At the age of 40, when Siddharth was getting name and fame. Sidharth Shukla’s Funeral was performed in Oshiwara, Mumbai. The special thing was that the last rites of the actor were done according to the Brahmakumari rituals (Sidharth Shukla Funeral from Brahmakumari Rituals). Siddharth Shukla also had a deep attachment to spirituality and this is the reason why he was associated with Brahma Kumaris Sansthan for a long time.

Actually, Sidharth Shukla’s mother Rita Shukla has been associated with Brahma Kumaris Sansthan for a long time and mostly she used to go to Mount Abu for Raja Yoga meditation. Sidharth also used to frequent the Sidharth Brahmakumari Center with his mother.

Sidharth’s mother when asked how she is coping up to which Tapaswiniji said, "It is a shock for his mother but our study and teachings help people stay strong."

There has always been a perception that Sidharth had anger issues but Tapaswiniji denies it and said, "He never had anger issues and we have never seen it he only played angry characters besides he left his body in his sleep so the question of anger does not arise."

Sidharth was a regular at the Brahmakumari centre at Vile Parle and was last seen there on rakhi, Tapaswiniji said, "He came to our Vile Parle centre and our Yoginiji from that centre tied rakhi to him."

What is the Brahma Kumari Samaj?

The Brahma Kumaris are a spiritual movement that originated in Hyderabad, Sindh, during the 1930s. The Brahma movement was founded by Dada Lekhraj Kripalani.

According to the group's website, the movement began when Dada Lekhraj Kripalani experienced a series of visions in 1936 and was inspired to create a school where the principles and practices of a virtuous and meditative life could be taught.

Based on that, he formed the 'Om Mandali', which consisted of a handful of men, women and children, many of whom decided to stay together as a community.

In 1950, the group moved to its present location at Mount Abu in Rajasthan. Starting off with a three-acre property called Madhuban, it now owns more than 45 acres in Mount Abu and around 150 acres in Abu Road, about 25km away From the beginning, the organisation's focus had been on education, not worship, and for this reason, it renamed itself as Brahma Kumaris World Spiritual University.

The organisation now has a worldwide network of centres in more than 110 countries and is an international non-governmental organisation of the United Nations accredited with General Consultative Status with the Economic and Social Council.

Presently, the group has over one million adherents across the world.

Teachings of the group

The Brahma Kumaris is a spiritual awareness mission not affiliated with any religion.

It teaches a form of meditation that focuses on identity as souls, as opposed to bodies.

They believe that all souls are intrinsically good and that God is the source of all goodness.

The organisation teaches to transcend labels associated with the body, such as race, nationality, religion, and gender, and it aspires to establish a global culture based on what it calls "soul-consciousness".

There are four main pillars of the Brahma Kumaris way of life. They are as follows:

• Study: The daily study of spiritual knowledge gives nourishment to the soul to remove blind faith and to see events, situations and circumstances as opportunities to apply the teachings.

• Meditation: Meditation provides a direct connection to the Source, enabling the soul to draw power and build resilience and spiritual capacity.

• Practice virtues: The awareness of the self as a soul awakens the essential core of divine virtues, giving the inner strength to overcome negative self-beliefs and the freedom to be the authentic self.

• Serve: Being is seen as the basis for serving -- bringing the virtues of the soul into whatever role one happens to be playing.

The group also strongly believes in women empowerment. Women head almost all departments in the organisation and have women at the forefront from the very beginning, breaks the mould of religions and spiritual movements across the world.

They have also carried out several programmes across the world to provide women with opportunities and a platform to shine.