Explainer: Why is Singer R Kelly imprisoned for 30 Years? 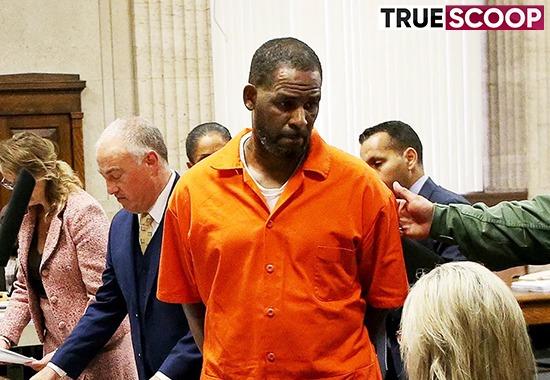 R&B singer R. Kelly has sentenced to a 30-year prison term on Wednesday for using his stardom to regularly assault underage followers, some of whom were just children. Variety reports that singer Robert Sylvester Kelly, 55, was found guilty of racketeering and eight charges of violating the Mann Act, which outlaws transporting people for prostitution between states.
He has been detained since July 2019 and, the prosecution called 45 witnesses. Along with claims from state courts in Illinois and Minnesota, he is still under investigation in Chicago for child pornography and hindering the administration of justice.
A six-week trial revealed that Kelly had lured fans and wannabe singers into controlling and sexually abusive situations by using employees and middlemen, including putting them in rooms without food or access to a bathroom for days.
In September, all nine charges against Kelly, one of the most popular hitmakers of the 1990s and early 2000s, were judged to be true. Federal prosecutors had asked for a sentence of "over 25 years" due to Kelly's ongoing harm to the public and clear lack of sympathy for allegedly using his notoriety to sexually and emotionally abuse his victims, most of whom were minors.
Here is what happened
The #MeToo movement hailed Kelly's conviction in New York as a turning point since it marked the first significant sex assault trial in which Black women made up the vast majority of the accusers.
It was also the first time Kelly was prosecuted for the abuse of women and children that had been blamed on him for years.
Kelly was accused of racketeering, a federal offence that is frequently connected to organized criminal syndicates. Kelly was portrayed by the prosecution as the leader of a group of associates who enabled his abuse.
They methodically outlined a pattern of crimes they claim the artist-born Robert Sylvester Kelly committed for years with impunity, using his reputation to prey on the weaker. They called 45 witnesses, including 11 alleged victims, to the stand.
Kelly had to have been found guilty of at least two of the 14 "predicate acts"—crimes that were fundamental to the larger pattern of illegal wrongdoing—for the jury to find him guilty of racketeering.
Embarrassing testimony sought to establish their behaviours included rape, drugging, imprisonment, and child pornography claims.
They methodically laid out a pattern of crimes they claim the artist, real name Robert Sylvester Kelly, committed for years without consequence, using his notoriety to prey on the weaker. They called 45 witnesses, including 11 claimed victims, to the stand.
Also Read:  Watch: Kangana Ranaut digs at Ex-Maha CM Uddhav Thackeray, says 'jab Paap badhta hai, to sarvanaash hota hai'
Jurors are required to find Kelly guilty of at least two of the 14 "predicate actions," which are the offences fundamental to the larger pattern of illegal activity, to find Kelly guilty of racketeering.
Allegations of rape, drugging, detention, and child pornography were among the obscene testimony used to substantiate those crimes.